In August, Microsoft began rolling out its newest version of Windows 10, the Anniversary Update. While many consumers grabbed the update as soon as it became available to them, businesses are generally less eager to install the latest OS versions, preferring to wait until each version has been extensively tested to prove its reliability for use on their systems.

The Anniversary Update, known also as Windows 10 Version 1607, has been the Current Branch release for consumers for almost four months now, giving Microsoft the opportunity to evaluate its real-world performance, and eliminate bugs and other issues before recommending it to corporate customers. 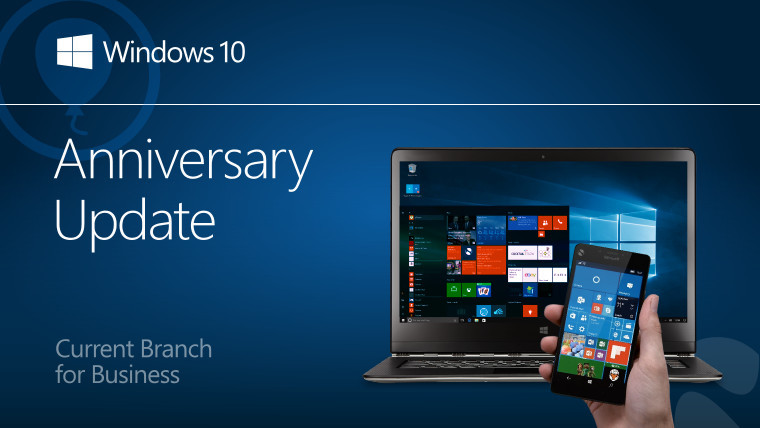 Today, Microsoft announced that Version 1607 has now been released to the Current Branch for Business, "and is ready for deployment". Windows 10 build 14393.447 - which the company delivered to consumers' PCs earlier this month - is the new release for business customers.

"This is an important milestone," the company said today, "and signifies that this version has been validated by customers, OEMs and partners giving organizations the confidence to further accelerate deployments at scale." The new release replaces Version 1511, also known as the November Update, which made its way to the Current Branch for Business in April.

Microsoft said that it's "addressed nearly a thousand items of feedback from all types of customers, including enterprises performing pilot deployments". In January, Microsoft said that over 76% of its enterprise customers were engaged in active Windows 10 pilots; and today, it revealed that there has been "unprecedented" reaction to its OS from those customers, with "a 3x increase in Windows 10 enterprise deployments over the last six months".