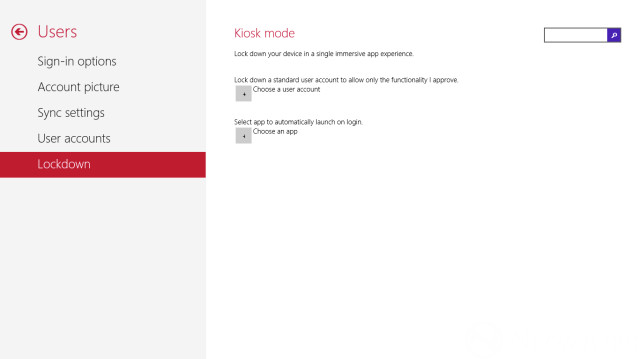 We have seen Kiosk mode references previously, but with the new leak of 9374, we have a better look at what the feature actually offers and may bring to Windows 8.1 when it is released later this year, possibly in August.

Kiosk mode, as the name implies, will likely be used for Kiosks as the settings allow you to lock down an account and limit the functionally of the platform. Additionally, you can set the machine to run an app on login which would be ideal for demos and in-store kiosks for customers to interact with merchandise.

The Kiosk mode will certainly be a welcomed addition to the platform for the enterprise side of the equation as this makes Windows 8 easier to deploy, out of the box, in the retail and corporate environments.