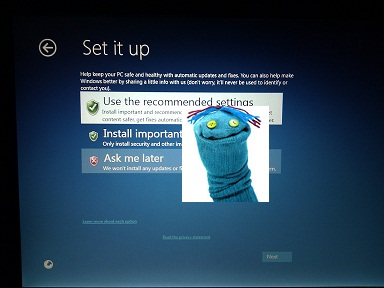 A new screenshot of Windows 8 has surfaced, showing an early look at what Microsoft is planning for the newly styled Windows 8 out-of-box experience. The screenshot, which was posted in a thread on MyDigitalLife, is believed to have originated from the Chinese forum PCBeta. The above photo shows a departure from the traditional Aero Basic wizard dialogs as used in the post-installer stages of Windows Vista and 7, opting instead for a Windows Media Center-like appearance. The photo has been recreated in a Photoshop mockup by Neowin member Jimmy422 to give a better idea of what the OOBE will look like: 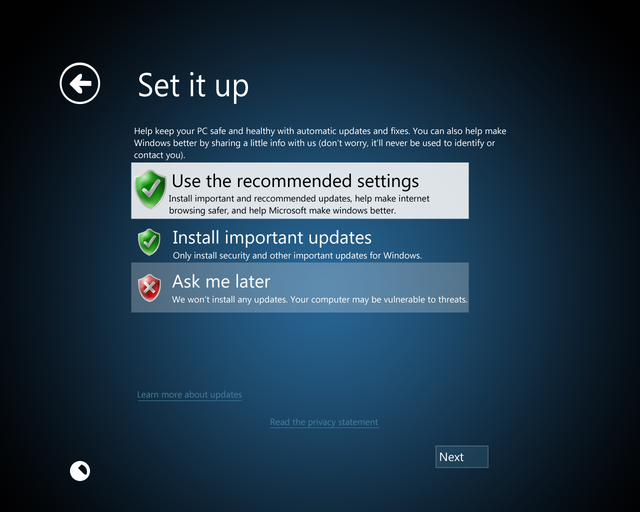 It is not yet known whether the boot-from-disc installer will indeed take on a similar appearance, or whether the appearance of the installer inside Windows has changed from earlier screenshots leaked late last month. There is another screenshot from the same thread which suggests this possibility, as shown below. The current boot-from-disc installer for Windows Vista and 7 uses fake Aero windows over a wallpaper. 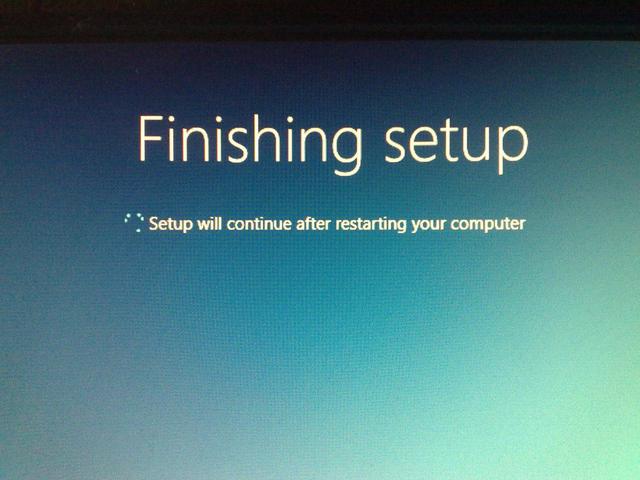 In the same thread, MyDigitalLife user "canouna" has posted images of the new Black Screen of Death in Windows 8. The new design is extremely minimal, choosing to display only the faulting memory address location and the system file instead of information on what to do next, as was the case for previous Windows NT-based operating systems. However, this screenshot is not new and was spotted as early as late last month.

The same user has also teased an image of the new bootscreen for Windows 8, but most of the image is currently obscured. It is assumed the image will be revealed in the days to come.

Update: Screenshots of the entire installation process for Windows 8 M3 have surfaced on the web through Chris123nt.com. The screenshots come from a 797x build. Judging from these screenshots, it appears that the boot-from-disc installer will indeed use this new styling.