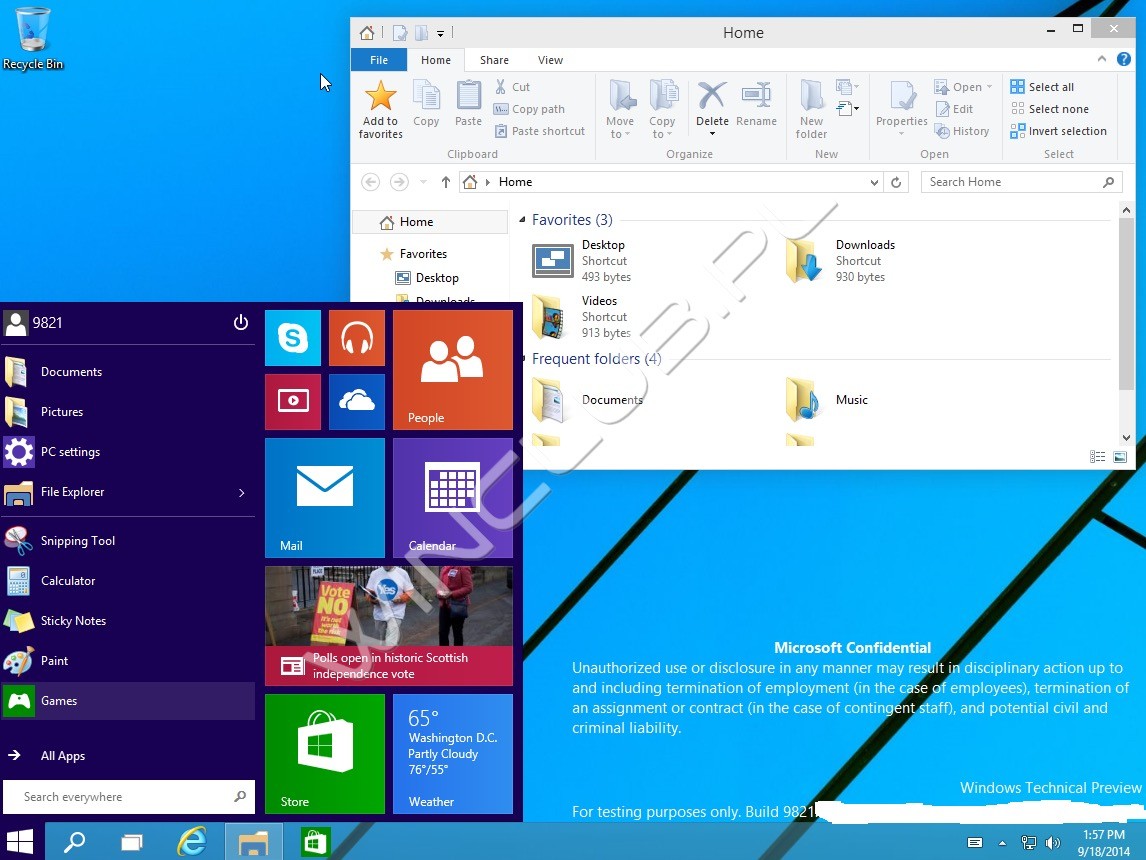 Later this month, Microsoft is expected to show off Windows 9 but if you don't want to wait until then, you can check out all of our coverage of the new OS here. And for those of you who like watching build numbers and the progression of Windows vNext, the above image shows an older build of Windows 9.

The build is roughly 3-4 weeks old and shows the new Start menu and Windows Explorer. You can also see the updated Windows Explorer icon in the system tray as well. The double white square icon is how you launch the virtual desktops, or what might be called 'multi-tasking' when the OS is announced.

The leak that provided us with videos highlighting the new features of Windows 9 was 9834, which is considerably newer than the image you see above. Still, for the enthusiasts out there, seeing any build that was not supposed to escape the walls of Redmond is a cause for excitement.