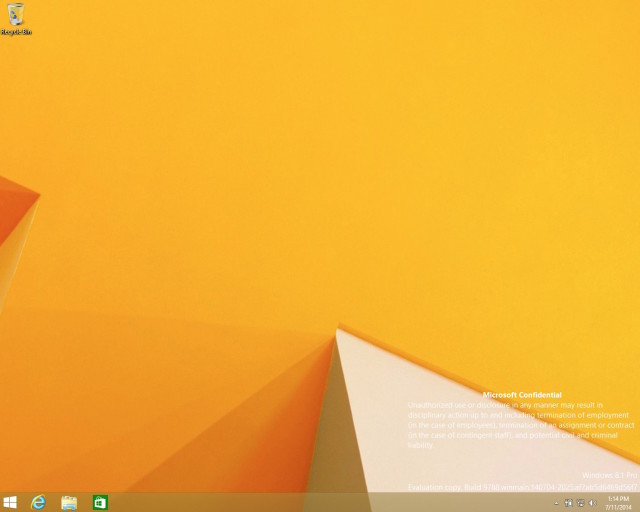 Got your salt handy? Good. Take a small pinch of it, because the image you see above is said to be from a new build of Windows -- build 9788, to be exact. While the screenshot does not show much, it does show that what might be the first post-Windows 8.1 build is now outside the walls of Microsoft.

Normally, this kind of post would not be all that exciting, but the rumor mill has been flooded with information that 9788 would leak in the very near future. If this screenshot is anything to go by, the ISO is on a path to another public leak.

As more users start to get their hands on this build, we will be curious to see if the new Start menu is included. While we think that this particular build is not from the Update 2 branch that is expected to arrive in August, we won't know for certain until it fully leaks.

We will keep an eye on all of the usual channels to see if this build ever makes it out as a full blown leak.