The all new HTC One (known also as the 'M8') was finally revealed earlier this week, following numerous detailed leaks that left little for HTC to actually announce, and it seems that the company did another great job this time around - although it is fair to say that the device isn't quite perfect.

Even so, HTC's Windows Phone fans may well have looked on in envy at the release of the new One, wondering when they'll get some love from the company. After all, HTC's current Windows Phone line-up consists of the 8S and flagship 8X - both of which were announced in late 2012. The 8X has received some minor upgrades in the form of the 8XT, but it's been a long time since we saw an all new Windows Phone from the company. 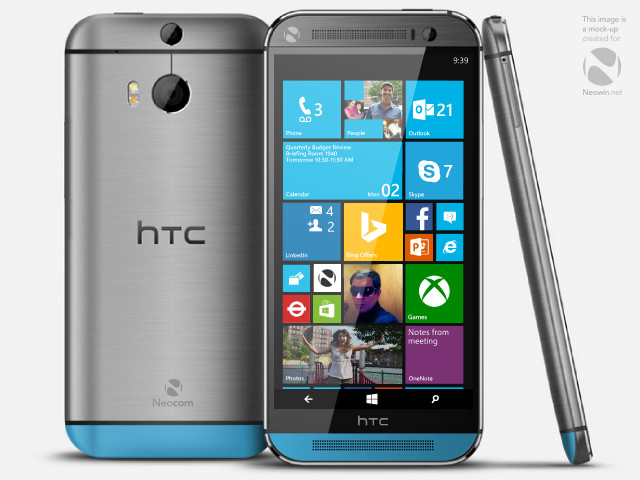 It looks like the wait may soon be at an end, as WPDang reports that HTC will base its next Windows Phone flagship on the new HTC One. The new HTC One features a Qualcomm Snapdragon 801 processor, 2GB of RAM, 5-inch 1080p display and up to 32GB of storage. It may also feature the One's unusual UltraPixel camera, of course. Still, as a basis for a Windows Phone 8.1 flagship, this doesn't sound too shabby.

One of the changes that Microsoft is implementing with Windows Phone 8.1 is the ability for manufacturers to drop the hardware buttons (Back, Start, Search) on the front of the device, to afford greater hardware commonalities with Android devices. This move will help OEMs to reduce their development costs for Windows Phone handsets, and would make it simpler for HTC, for example, to release a similar version of the new One running Microsoft's OS.

We have a feeling things will start to become a lot clearer once we hear more about Windows Phone 8.1 - and there's not long to wait. We'll be getting our first formal look at the biggest update to the OS since its launch at Microsoft's BUILD conference in San Francisco next week.

Source: WPDang via WPCentral | image shown is a Neowin mock-up, and not an actual image of the rumoured device