If you follow professional sports, this is a pretty busy weekend all around. The NFL pro football Draft is happening right now, and the first round of the NBA basketball playoffs is also underway. Mixed martial arts fans are gearing up for UFC 159 on Saturday and of course there are lots of MLB baseball and NHL hockey games to go around. 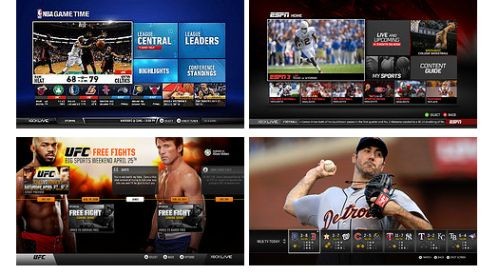 This weekend, Microsoft has decided to give U.S. and Canadian sports fans a way to access many of its streaming media apps on the Xbox 360 without having to sign up for a paid Xbox Live Gold subscription. From now until Sunday, April 28th, the app will be free to access with the free Xbox Live Silver subscription (although some apps still require you have a working cable TV subscription).

The Major Nelson website has the details on which apps will be free this weekend, including the ESPN app so that users can follow all of the NFL Draft excitement alongside the rest of the sport news the cable TV network covers. The MLB.TV app will give baseball fans access to over 50 games this weekend, without the need to sign up for an MLB.TV subscription.

The UFC app has a number of videos that let people prepare for the big UFC 159 pay-per-view event on Saturday, and the NBA Game Time app will give basketball fans highlights, racaps and info on the first round of the playoffs. Finally, the NHL GameCenter app will allow hockey fans a way to check out highlights, recaps and more from this weekend's games as we get closer to the NHL playoffs.