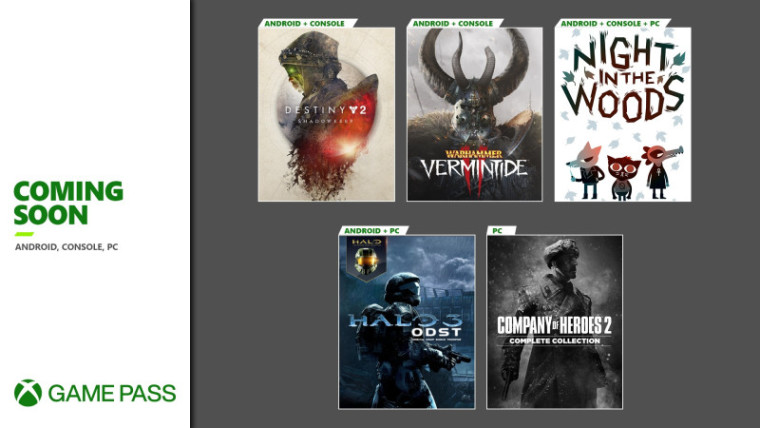 Microsoft today revealed what Xbox Game Pass members are getting in the second half of September following the games that were delivered to the subscription program in the past couple of weeks.

The list isn't huge this time, but it does have some major releases such as Halo 3: ODST for PC, the return of Vermintide 2 for Xbox One, as well as Destiny 2 plus its Shadowkeep and Forsaken expansions. Moreover, thanks to the Xbox Game Pass Ultimate subscription gaining cloud gaming support tomorrow, many of the games incoming this month are also playable on Android devices through the cloud.

Here's everything that was announced today:

Meanwhile, below are the games leaving the programs on September 30. As Rocket League is soon going free-to-play, it will also be leaving behind Game Pass.

Microsoft recently announced that Electronic Arts titles from EA Play would be joining the Xbox Game Pass Ultimate and PC subscriptions at no extra cost. Also, the Game Pass PC variant will be leaving its beta tag behind on September 17, which means the monthly price tag is being bumped up to $9.99 mirroring the Xbox console variant.