Microsoft may only offer the Xbox One in your basic black for most people who get the console on November 22nd, but a few people will get to own units of the next-gen machine featuring some custom artwork based on three of its launch titles. 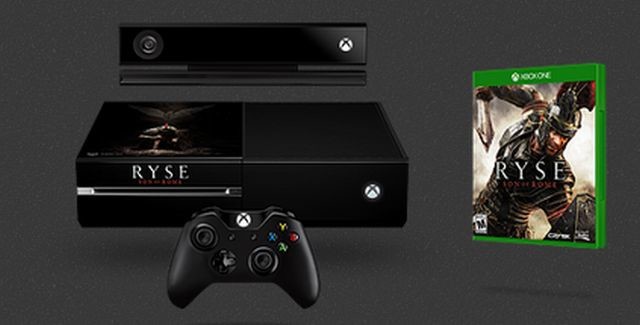 The consoles are available for residents in the U.S. who participate in the Every 2 Minutes promotional campaign for the Xbox One. Those who are eligible to enter can purchase specially labeled Mountain Dew or Doritos products with codes that can be entered into the Every 2 Minutes website. The codes turn into points that can be banked and used in auctions, including those for Xbox One consoles featuring the special case designs.

As the images show, they include artwork based on the launch game titles "Ryse: Son of Rome", "Dead Rising 3" and "Forza Motorsport 5". The standard Xbox One retail unit will also be offered in other auctions. If you don't feel like bidding with your points, you can still enter codes to become eligible for giveaways of the regular Xbox One console.

Both the auctions and the sweepstakes are scheduled to begin today, with the auctions ending on November 30th and the giveaways stopping on December 9th.

Source: Every 2 Minutes | Images via Microsoft