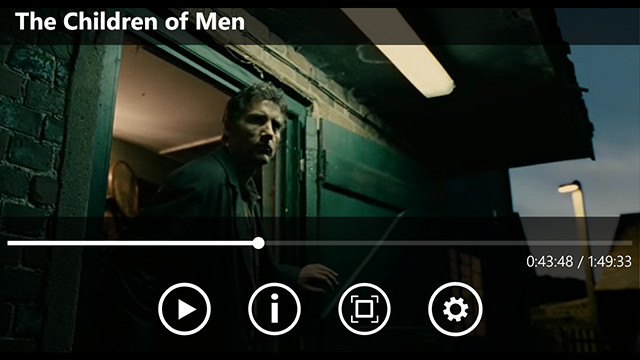 A recent report claimed Microsoft planned on releasing an Xbox Video app and unbundling Xbox Music from the Windows Phone 8 operating system for its next major update, and now the company has done just that ahead of Windows Phone 8.1.

Microsoft is also making good on its promise of releasing Xbox Video for Windows Phone 8 by the holiday season, as the service has received its first app for Microsoft's newest smartphone operating system. The app, which is available for download via the Windows Phone Store, allows users to stream or download movies and television shows, including both rented or purchased videos. All previously purchased content will sync with the new app, meaning movies purchased on Windows 8 devices or Xbox One can also be played on Windows Phone 8 devices. As with other versions of the service, trailers can be streamed through the app.

HD content currently is unavailable for either streaming or downloading; instead, users will have to play SD versions of purchased or rented content.

Xbox Video has been promised to Windows Phone 8 owners for several months, as the platform has lacked Microsoft's video service since the Zune Marketplace was killed off; Windows Phone 7 launched with the Zune Marketplace. Since that time, Microsoft has launched the Xbox Video website, several updates for the Windows 8 version of the app and a version of the service for Xbox One.