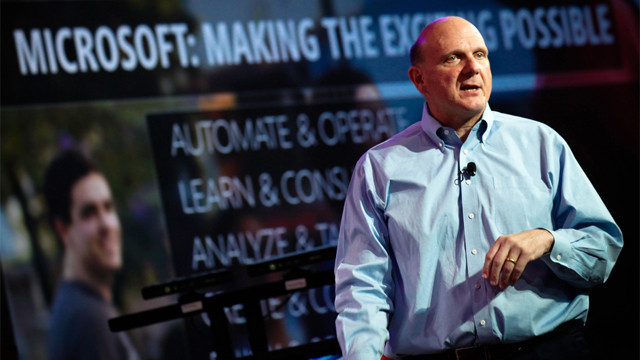 Retiring Microsoft CEO Steve Ballmer conducted an extensive interview with noted journalist Mary Jo Foley in late November, and parts of that chat have already been posted by on both ZDNet and CNN Fortune. This week, Foley had yet another section of that conversation published on ZDNet and this one focused on Microsoft's increased push into selling Windows-based hardware products.

During the chat, Ballmer said, "Nobody ever buys Windows. They buy Windows PCs." It's a statement that may be surprising to hear coming from the leader of the company that has marketed and sold various versions of the operating system as a product on its own until the launch of the first Surface tablet, the Surface RT, over a year ago.

Microsoft's experience with creating the Xbox helped in some ways with developing and making the first Surface products, according to Ballmer, thanks to the fact that the Xbox required that the company create a team to handle the supply chain efforts. However, many OEMs were not happy that Microsoft was entering the PC hardware space for the first time. Ballmer claims that the company had to start making its own PCs, stating, "I was concerned that we had areas of vulnerability in competing with Apple and without any (first-party) capability, that we were not transacting that well just through our OEM partners."

Ballmer says that Microsoft still needs "to upgrade and improve" in terms of its PC hardware and that's part of the reason why the company decided to buy Nokia's Devices and Services division. However, Ballmer stated he was unable to go into details about that acquisition due to the fact that it has yet to officially close. The close is expected to happen sometime in the first quarter of 2014, perhaps after Ballmer officially departs as CEO.