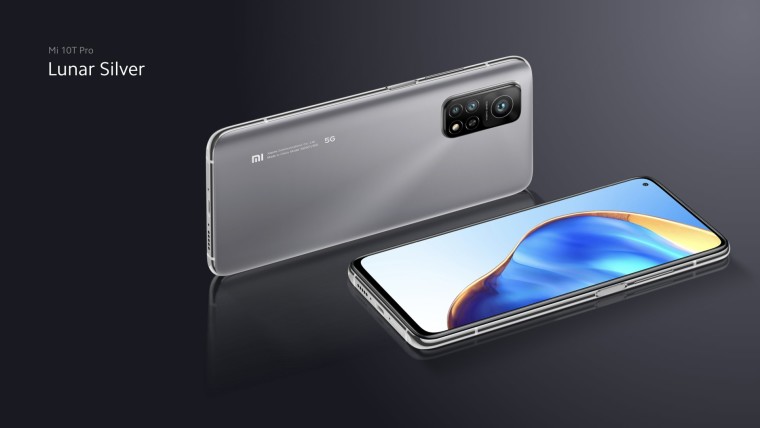 Xiaomi has announced two new handsets today: the Mi 10T and the Mi 10T Pro, with the latter being the company's latest flagship smartphone for the EU. Both phones are very similar, with the non-Pro Mi 10T coming with a slightly downgraded camera setup.

The Mi 10T and the Mi 10T Pro both feature a 6.67-inch FHD+ resolution LCD panel with a 144Hz refresh rate that's protected with Corning's Gorilla Glass 5. Xiaomi is using AdaptiveSync to automatically adjust the refresh rate of the display to improve the battery life of the devices.

The regular Mi 10T comes with 6GB RAM, while the Mi 10T Pro packs 8GB of RAM. Both devices are powered by a Snapdragon 865 chip and feature a 5,000mAh battery with 33W MMT fast charging support that's 17% faster than the company's previous implementation. Other specs of the devices include stereo speakers, X-axis vibration motor, side-mounted fingerprint scanner, Gorilla Glass 5 panels at the front and back, 5G, Bluetooth 5.0, USB-C, and more. Notably, there's no IP rating, wireless charging, and NFC on these phones. 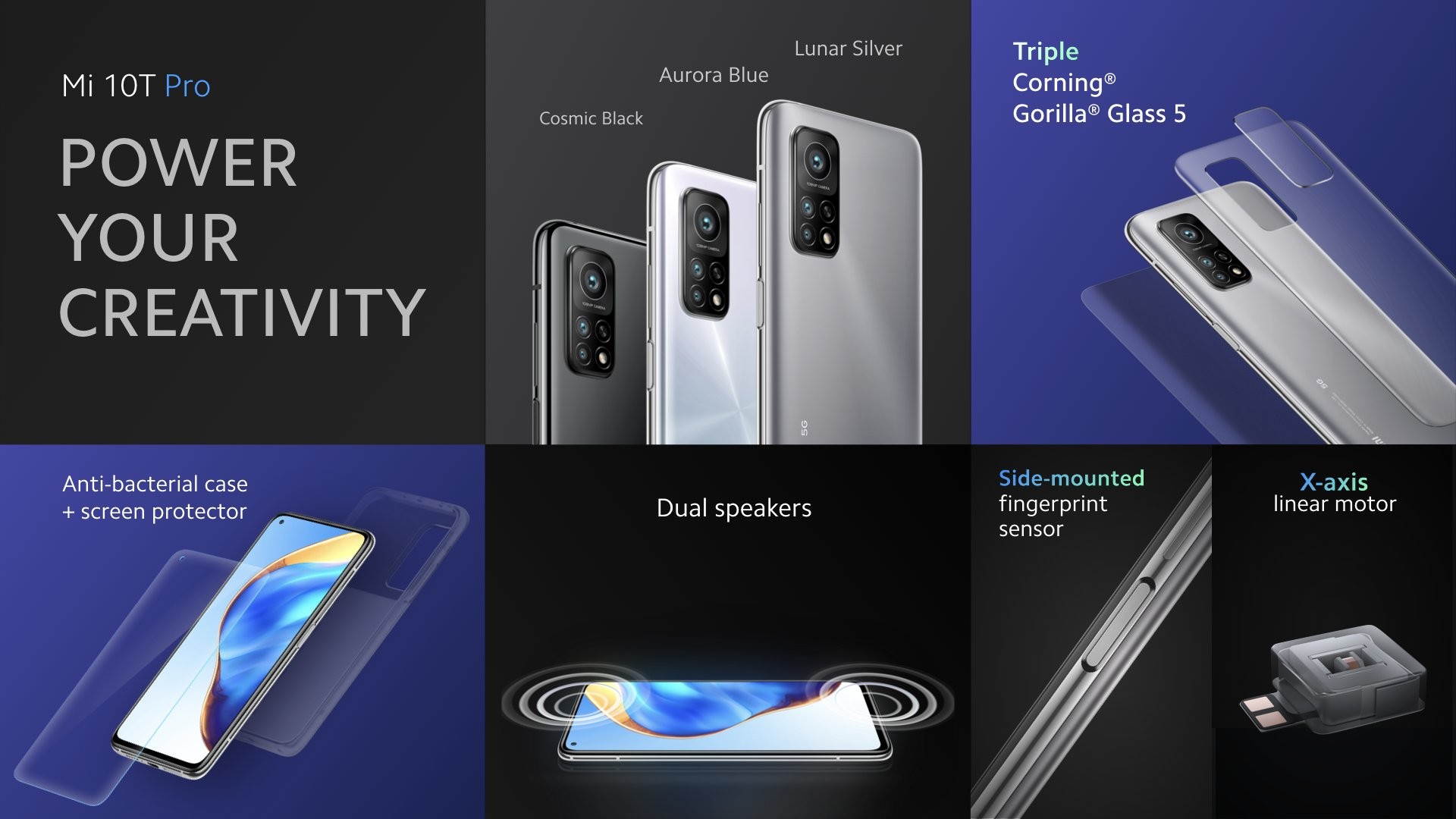 In terms of camera, the Mi 10T Pro comes with a 108MP primary shooter featuring OIS along with a 13MP ultra-wide and a 5MP macro sensor. The regular Mi 10 switches to a 64MP unit for the primary camera while keeping the other camera sensors intact. At the front, both phones house a 20MP selfie shooter. The phones come with a number of new camera features including Photo Clones, new Color filters, AI Skyscapping 3.0, six different long exposure modes, Dual Video, and more.

On the software front, the Mi 10T series runs on MIUI 12 that's based on Android 10. MIUI 12 comes with a redesigned Control Center, new system icons, improved UI/UX, and more. 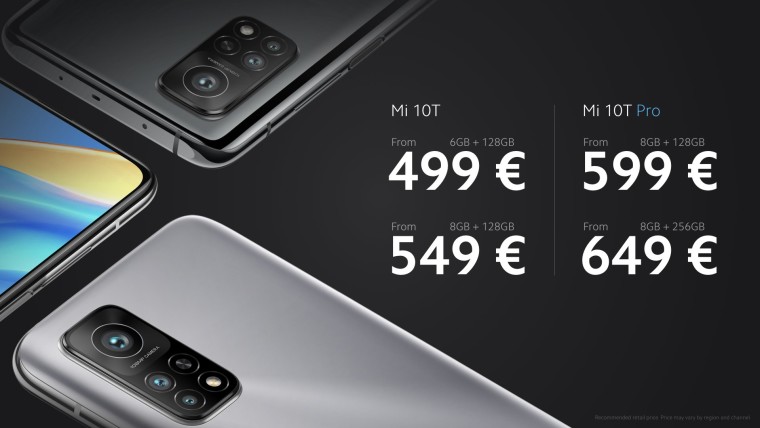