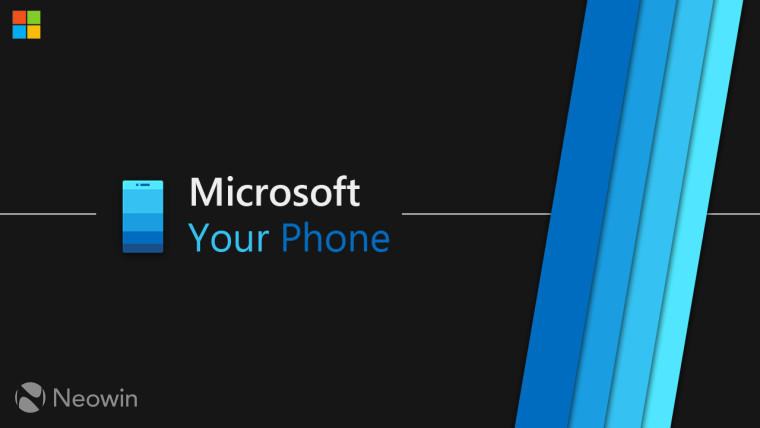 Microsoft’s Your Phone app on Windows 10 is set to receive a few new features, bringing a new Contacts section to directly select, message, and call contacts right from the app, the ability to send files from a linked phone to the PC, and much more. These features are already rolling out as part of a limited test to some Windows Insiders.

Folks over at Aggiornamenti Lumia have gotten their hands on the new features and have provided screenshots of those in action. Interestingly, the publication notes that all these features will be making it to all Android users, and not just select Samsung devices that enjoy exclusive features such as the ability to run mobile apps on the PC.

The first new addition being made to the app is the ‘Contact’ section which is still in “Preview”. As the name suggests, the tab lets users access all their contacts from the app, through which they can text or call them. The Redmond giant is reportedly working to also integrate the People app into Your Phone for Windows 10. The firm likely wants to revive a ‘My People’ like experience, something that it supposedly deprecated due to lack of engagement.

In addition to the integration of contacts, the firm is also rolling out – to a limited number of Insiders – a new ‘Sent from phone” section in the app. The feature lets users send files, images, or notes from the phone to a linked PC through the share dialog on the phone. The contents are then segregated in this section accordingly. Though the section might appear for some testers, it is reportedly still in development and might not work properly.

Along with the feature additions, the app is also receiving some UI tweaks. There is a new Settings UI that categorizes settings based on the functions. The firm is also working to add a ‘My Devices’ section in settings to let users manage linked devices. The company already began rolling out support for multiple devices in July, so the functionality to manage devices will be a welcome addition. The app will also receive the ability to run multiple mobile apps simultaneously on the PC later this year.

Considering that the features and UI changes are just beginning to make it to a small set of users, it could be a while till these make it to all users.