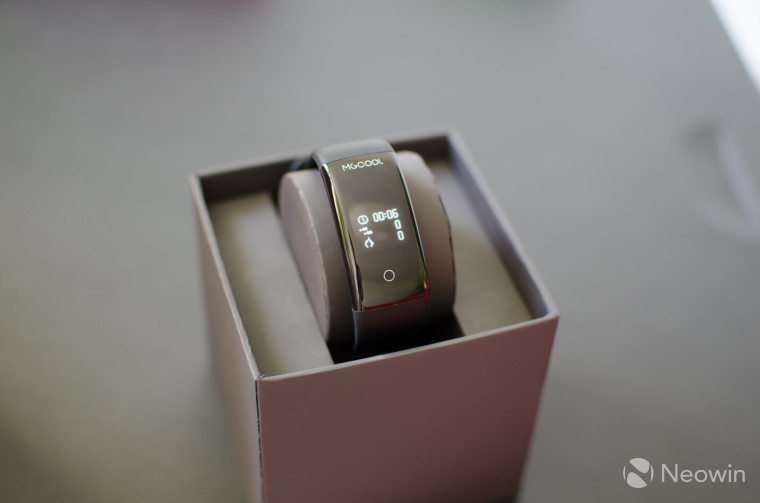 The MGCool Band 2 is an affordable fitness band that promises to bring many of the popular functions found on more expensive devices down to the budget-conscious consumer. I can almost guarantee you’ve never heard of the company behind this product, but they’re a sub-brand of Elephone, a Chinese device manufacturer we’ve covered in the past.

The MGCool Band 2 retails for around $20 depending on where you purchase it, so from the very start , you can tell this is worlds apart from the world of FitBits, Samsung fitness wearables, or even the Apple Watch. Despite costing literally 10 times less than some of those better-known products, the MGCool Band 2 touts some of the same features: step counting, sleep tracking, heart rate monitoring, music controls and notifications from your phone. The device, unlike many of its much more expensive counterparts, is also waterproof, which is one of the best features you can have in a wearable.

I’ve been a lifelong FitBit fan - meaning for the entire life of the company - owning many of its products and buying fully into their ecosystem. But for a couple of weeks, I made the switch to the MGCool Band 2 to see how this unknown contender stood up. The results were mostly positive, though as you can probably already tell, price was a very important aspect. I come back to it again and again because many of the device’s weaknesses can be excused or forgiven given its affordable nature and target audience.

Without further ado, let’s get into the meat of things. I received two MGCool devices a couple of weeks ago, both arriving in black, solid carboard boxes. I took the wearables out of their protecting covering, and was pleasantly surprised to see they fit nicely and comfortably on my wrist.

In terms of design, the unoriginally-named Band 2 is probably closest to something like the FitBit Charge 2, though its display is smaller and of lower-resolution than renders would suggest. There’s a slight curve to the display area, again similar to a FitBit or even Microsoft’s Band models, though the screen itself is not curved. Under the screen, there’s a solitary touch-enabled button, which is your only way of controlling the device. On the back, there’s a protruding hump that shelters the heart-rate sensor, and beneath that is the three-point power connector. 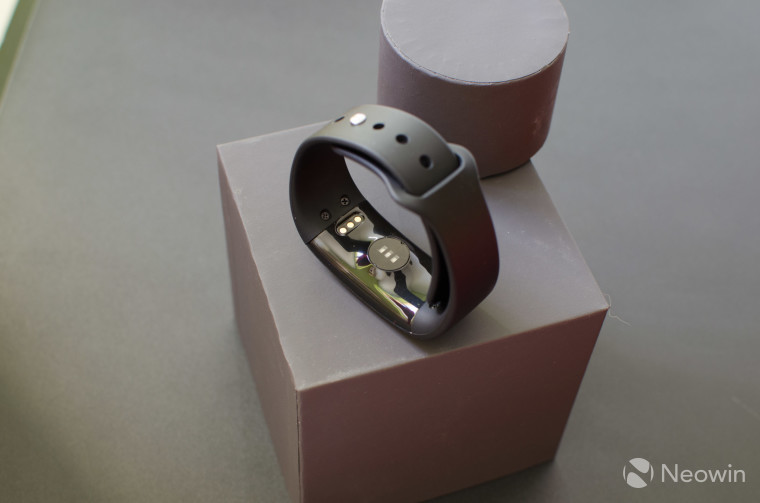 The Band itself is made of soft silicone, giving it a good grip, and making it feel very comfortable around my wrist. There’s a simple metal pin at the end of it instead of a clasp, but it does get the job done well. Per the instruction leaflet, the band can be replaced, if you have a small-enough Phillips-head screwdriver, but I only got to try the original model that came with the device. For what it’s worth, the band seems to be sturdy and attached well enough to the device. Unlike FitBit’s bands which are of horrific quality and end up peeling off and falling apart a few months in, the MGCool Band 2 band seems to be in it for the long-run. Of course, this is just based on a couple of weeks of usage. More extensive testing would be required to confirm this. 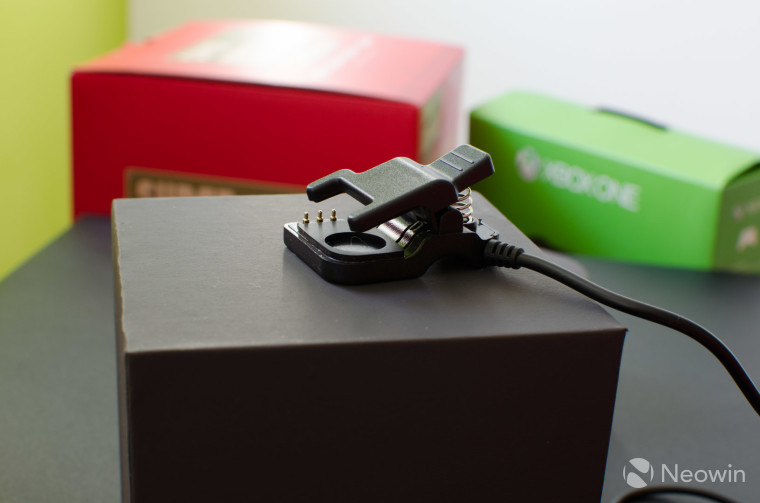 I had to charge the device as I got it out of the box because its battery was completely dead at first. Unfortunately, that positive feeling I got from the wearable itself and its build quality, quickly left me when I set my eyes on the charging unit. Because the MGCool Band 2 is waterproof, or rather highly water-resistant with an IPX7 rating, it doesn’t have any external charging ports. It only has a three-point contact outside, which would normally pair with a magnetic charger.

But alas no, as the company chose to use a spring-based charging clasp, which grips your device and both sides as you align the charging pins to the connecting points. It’s a pretty unappealing mechanism, obviously chosen for price and weight considerations. While you can get it to align easily enough, there’s also a real chance that you end up scratching your device if you’re not careful. All in all, the charger is probably the weakest part of the whole package when it comes to hardware. 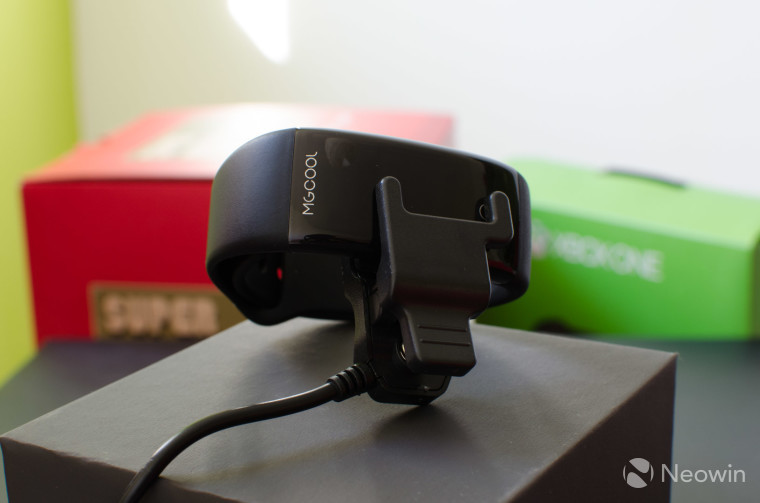 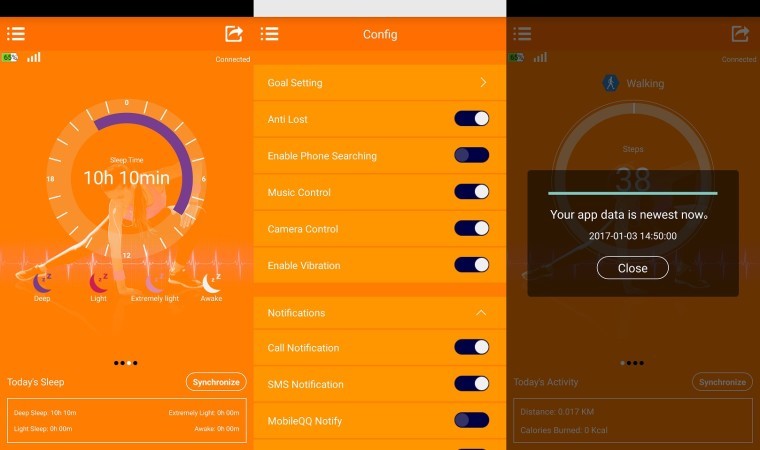 I then had to download the MGCool Band 2 app, which didn’t show up at first in the Play Store, but was easy to find on the company’s website. The app itself is somewhat problematic and many of the software aspects of the Band 2 were disappointing. Besides the often-hilariously poor English translations inside of the app, the entire process of syncing the Band and your phone is annoying.

First, you need to find the connection option in the list of devices, because the app doesn’t do this by itself, and then you can start setting up your band. The app stays open as long as you have your device connected, which is needed for notifications, and it will only close once you manually disconnect the band. Also, you should take into consideration that while the app is opened, your phone will suffer decreased battery life, much more so than with the FitBit notification service, for example. Syncing happens once an hour by default, or you can manually sync your device whenever you want.

In terms of actual usage, the wearable proved adequate but not stellar. For one thing, the first review unit I tried had problems with its pedometer, only registering occasional steps. Switching to a second unit fixed that problem, but other issues remained. For example, I was surprised to see that the heart-rate monitoring wasn’t continuous. It’s something you have to manually trigger from the phone or the wearable. It will then estimate your heart rate over something like 10 seconds and then go static once again. The process is obviously less than optimal, though I guess it can save some battery life in the long run. What’s annoying is that the heart monitoring itself was very fidgety, with the device telling me more often than not that I was not wearing it correctly on my wrist. When it does decide to work, it’s pretty accurate, at least compared to other wearables of this type.

Another disappointing aspect is the lack of an altimeter – or some other way of telling how many flights of stair you’ve climbed. Most fitness devices nowadays have this, and it’s a shame the MGCool Band 2 doesn’t.

In terms of positive aspects, there’s isn’t anything that really stood out, but most features of the device worked well. Step tracking was accurate, notifications were almost instantaneous, often much faster than they would come through on the FitBit. The device proved itself to be waterproof, having no issues while wearing it in the rain or in the shower. Battery life was very much on par with other such devices, lasting generally for about 3-4 days with moderate usage. The music controls also worked well, though the lack of a “back” button or functionality made going through the band’s menu cumbersome, in that you have to wait for options to time out to return to the previous menu.

The device also offers an option to control your phone’s camera via one of its menus. The idea is to be able to take group photos or selfies, or even images with long exposures without touching your phone and perturbing them. Unfortunately, this doesn’t control the default camera app on your phone, instead using a built-in version inside of the MGCool Band app. While it seems to work just fine, I never used this feature outside of testing. 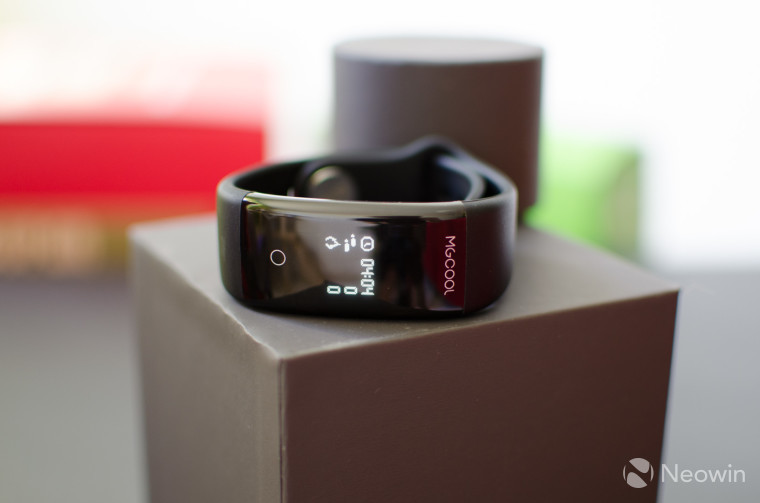 Overall, the MGCool Band 2 is a decent wearable, albeit one that could be a lot better with some software refinements. It can generally stand on its own compared to something like the Xiaomi Band 2 which is almost double in price. However, having more intuitive navigation, a better phone app, continuous heart monitoring, and refined or actionable notifications would go a long way in transforming a quite mediocre device into a top contender for its price range.

The good news is that all the hardware required to make this happen is already in place, and the team behind the product seems quite responsive to feedback. Hopefully, they will update the device quickly to improve on these aspects.

You can currently pick up the MGCool Band 2 for around $20 on the Elephone store.