With the launch of Sony and Microsoft's next-gen consoles, gaming companies rushed to release compatible accessories for the PlayStation 5 and Xbox Series X|S. ASTRO Gaming, Logitech's specialized gaming brand, launched the second generation of the ASTRO A20 wireless gaming headset in September, ahead of the consoles.

Aside from the PS5 and Xbox Series X|S, the A20 Gen 2 headset is also compatible with PC. It comes in two versions, PlayStation and Microsoft, each with a USB transmitter in the box. Both variants can pair with PCs and also the respective last-gen consoles. Today's review will look at the PS4/PS5/PC version. 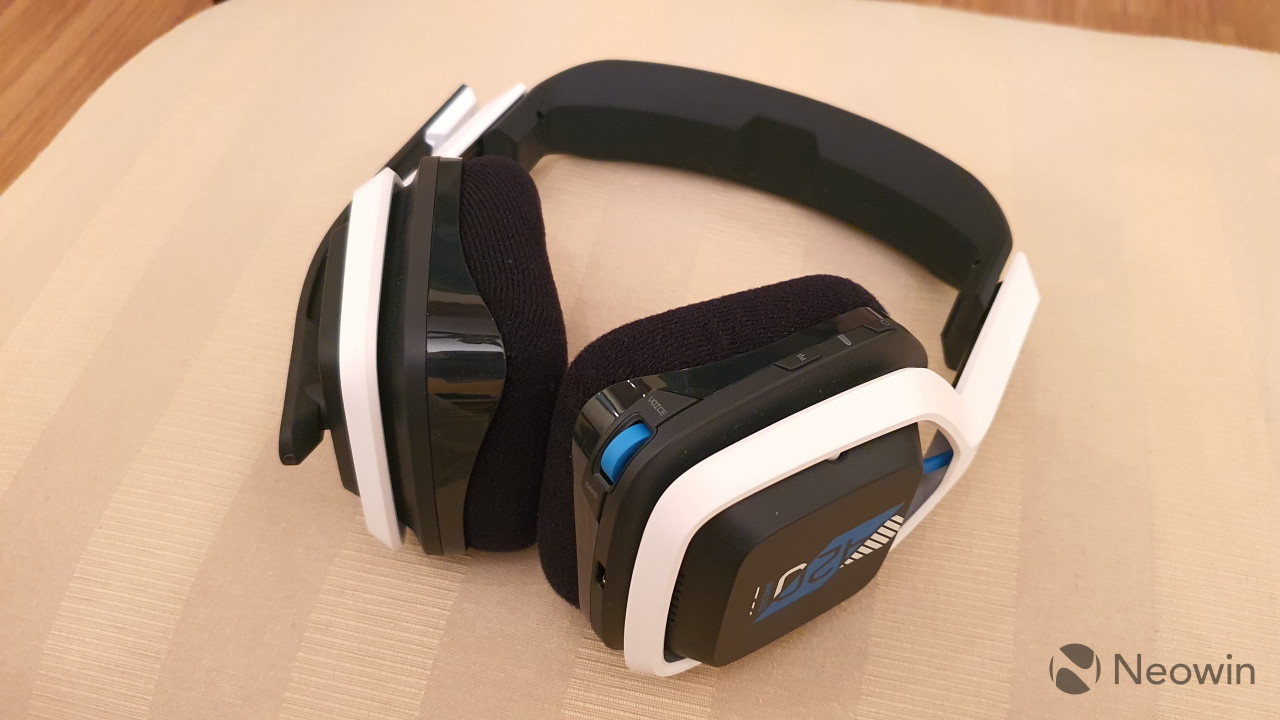 The ASTRO A20 Gen 2 is made of plastic mostly, which makes it very lightweight - only 318g - lighter than the original A20 headset. I was sent the white, blue, and black colour option but there's also a white, green, and black variant. Not much has changed in terms of design, the shape of the band, cups, and mic all look pretty much the same with minor changes here and there.

On the PlayStation version, there's one wheel for volume, an equalizer button to toggle through three presets, a power button, and a USB Type-C port for charging. The Xbox variant has all this and an additional wheel to balance game and voice audio. Both earcups have cloth cushioning which is soft and comfy but allows a lot of sound to bleed out.

The mic has a flip-to-mute feature that functions well - no more mic issues like the previous model. I was pleased with the visual aspect of the A20 G2 headphones. I think people with larger heads would need a larger, more flexible band. It would also have been nice if the cups could twist but they can't. Overall, my wear experience was very comfortable but it traded sound quality in exchange. 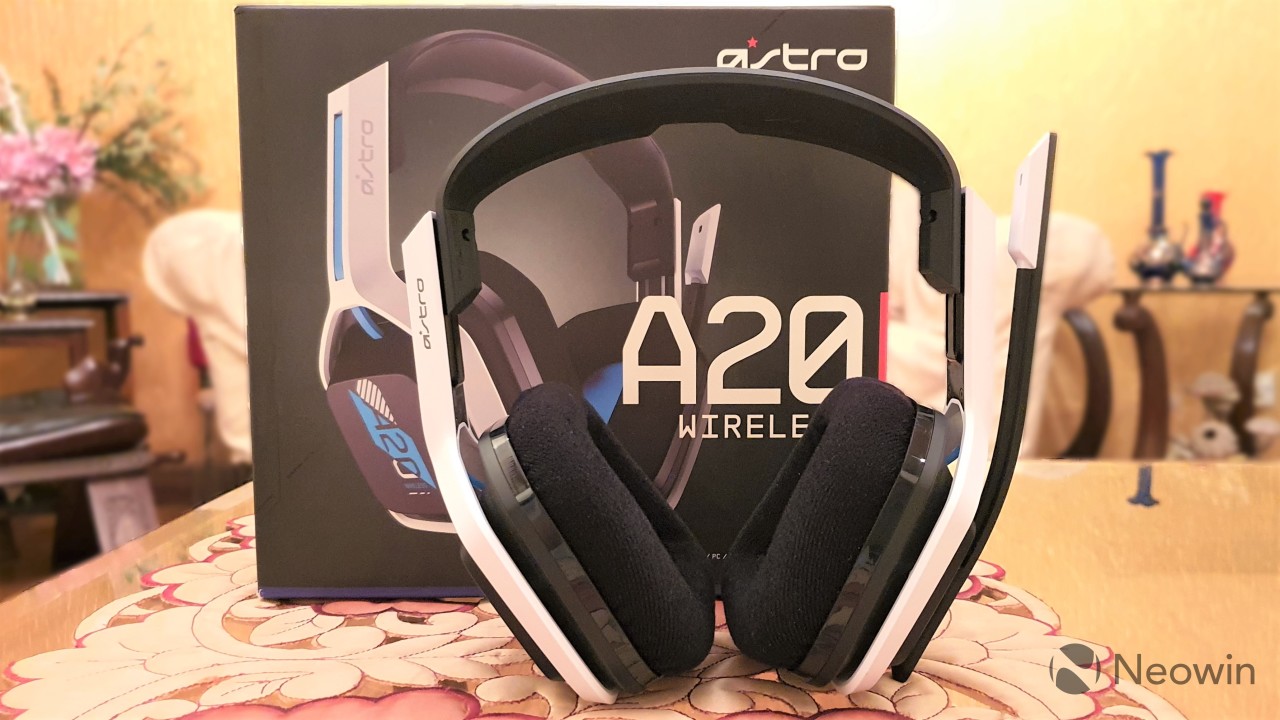 As I mentioned before, the over-ear cups with cloth ear cushions are plush and ergonomic but they do leak a lot of audio. The sound quality of the A20 Gen 2 headset is okay but I felt that it lacked that punchy oomph-ness to it. Bass on the A20 G2 is okay, but not good enough. To me, the audio sounded a bit too sharp and boring at times. Background noises or instrumentals sounded very separate from vocals, both while gaming and listening to other media. This was especially odd while playing a video game.

I felt that the audio lacked richness. While the mids and highs were alright, the bass didn't sound deep or immersive. Bass is really important for gaming because you want to feel the vibrations and depth of explosions or big blasts. The point of buying a gaming headset is to have an immersive play experience and audio plays a key role. Unfortunately, the headset failed to deliver on this front. 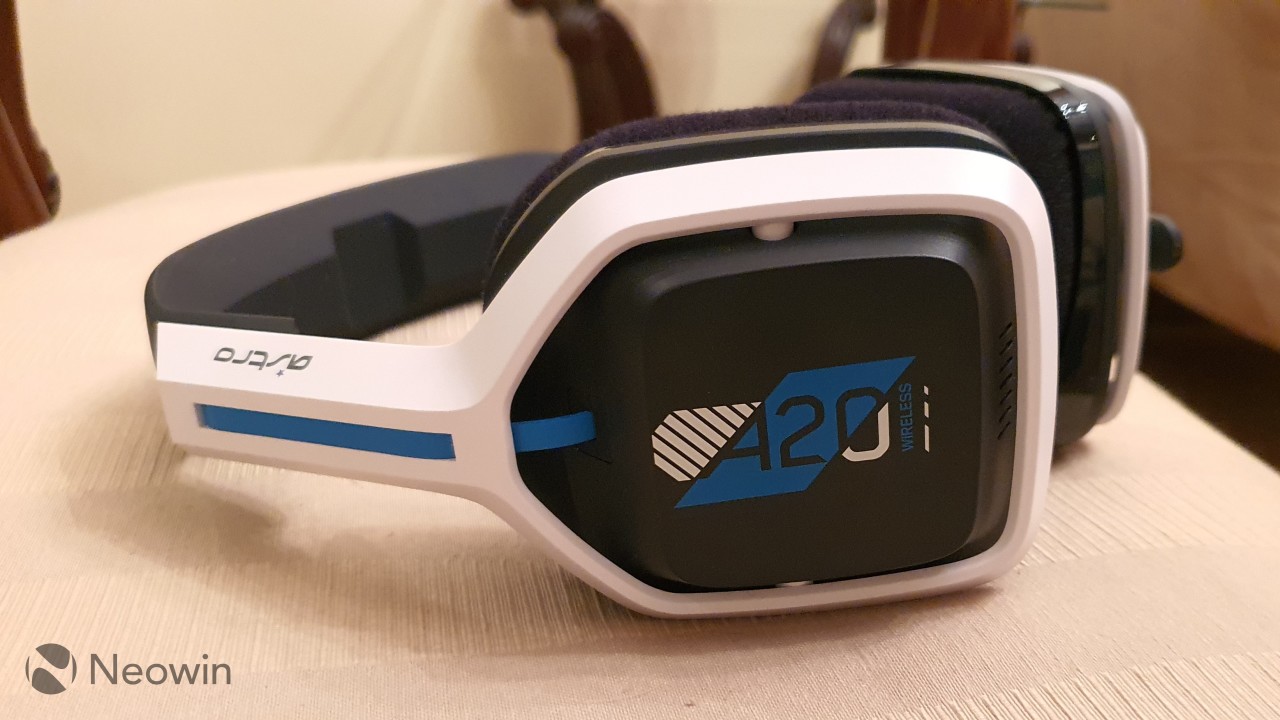 Imaging on the ASTRO A20 Gen 2 headphones is average, it works but not as smoothly as some other headsets I've used. There's no true-blue 360-degrees surround sound feature. Sometimes when I moved the camera angle too fast, the sound direction would not transition in a natural way.

There are some other issues that I experienced while testing the ASTRO A20 G2 headphones. The mic mutes when you flip it up, but there's no sound to notify you when the mic is off. That's a risk to a user's privacy. Similarly, when toggling between the equalizer presets, there is no notification to inform you what mode you're on, you just have to go by feel. 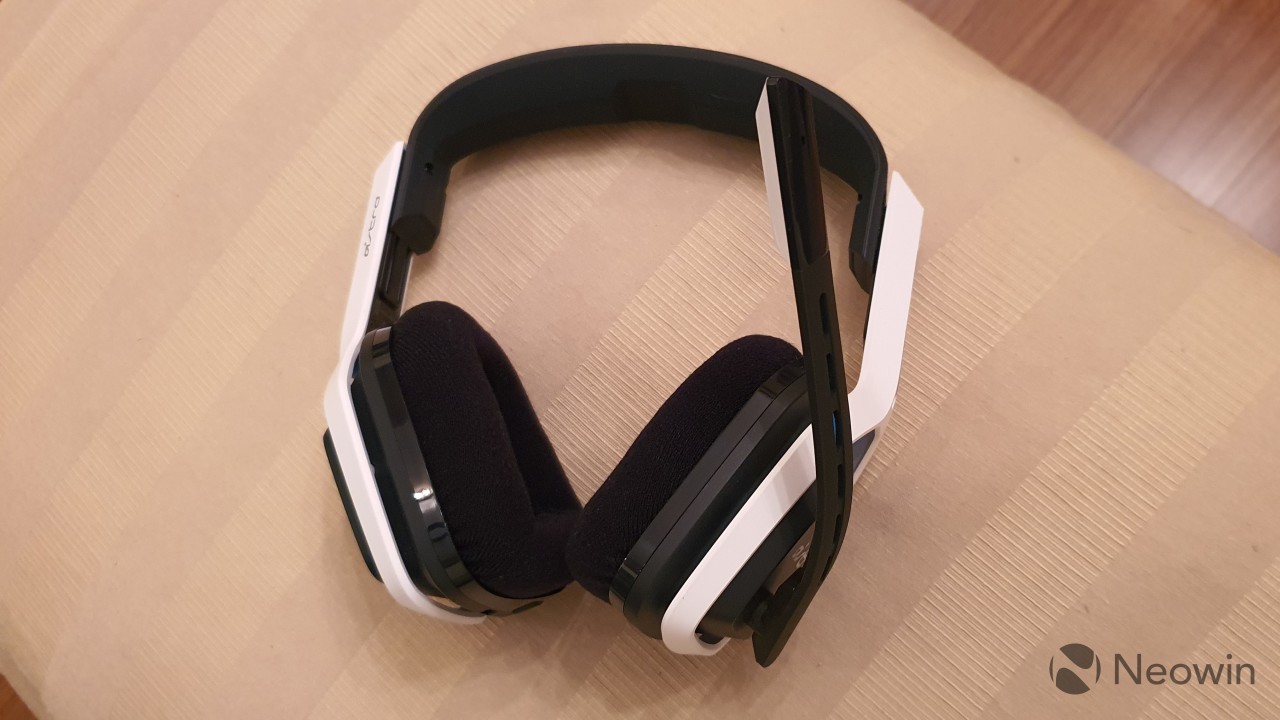 Speaking of the equalizer, I have a bone to pick about another factor. The audio is not customizable and the A20 G2 headphones are not compatible with the ASTRO Command Center software. The presets are supposed to optimize audio for different settings, but none of them really help the case with the subpar bass. This was a real let-down.

ASTRO touts a 15-hour battery life for the A20 G2's 1,050mAh battery. I found this to be accurate. When testing the charge time, however, I faced another hurdle. Although there's an LED light to indicate the status of the headset, it does not notify you when the headset is done charging.

To make matters worse, there is no way of knowing the exact battery level of the A20 G2 headset. I don't know about Xbox, but this applies to both PlayStation consoles and PC. You just have to wait around until the battery level drops to 30% and then the headset will alert you. 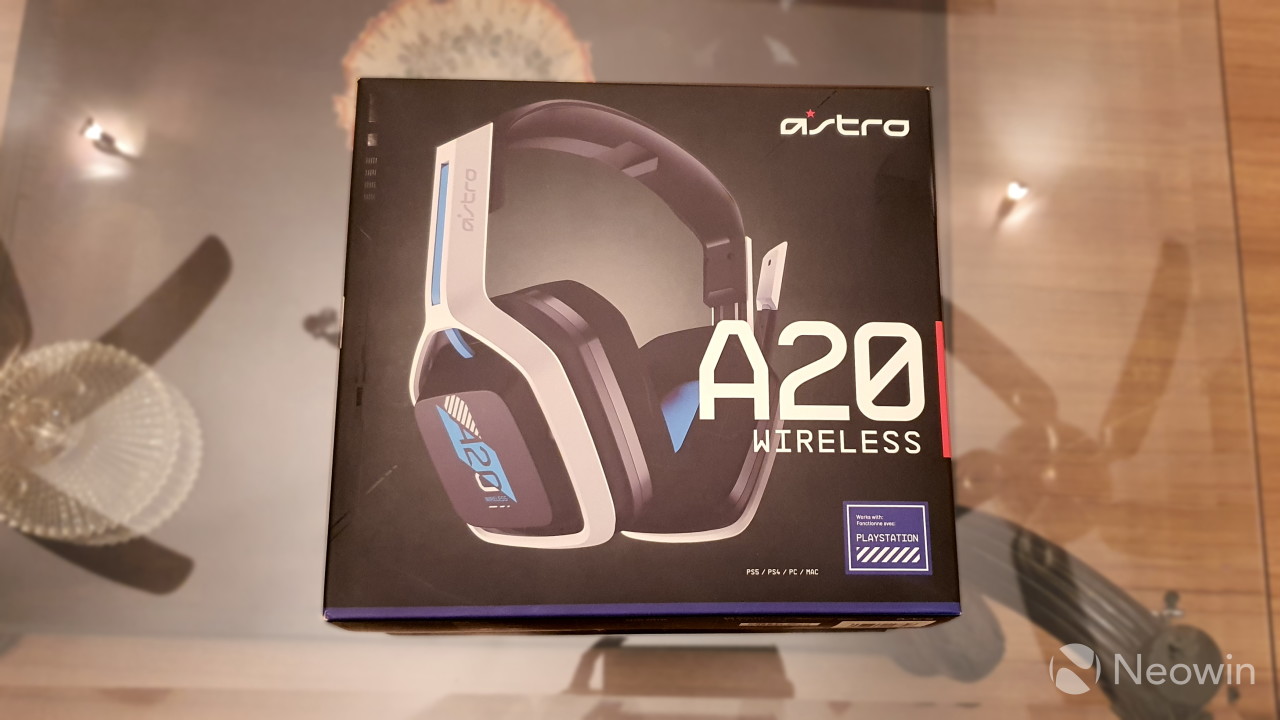 This also means when you plug it in, you just have to wait around until it feels like it has been anywhere between 3.5 to 5 hours, the rated charge time from ASTRO. According to the setup guide the company provided on YouTube, the light will turn amber when charging. The video completely ignores the elephant in the room: how do you know when it's done charging? You don't, that's the answer.

In my honest opinion, the ASTRO A20 G2 gaming headset felt like an incomplete product. It's a shame considering the good reputation of the brand. Priced at $119.99, $20 more than the ASTRO A20, the A20 Gen 2 doesn't justify its existence. Sure, ASTRO fixed the mic problem, but what about the rest of the features? What about software support? What about sound quality?

It really struck me when I realized there was no way to know the exact battery level or the audio settings you're using. That's strange because any other person would expect these to be very basic and essential features of such a device. 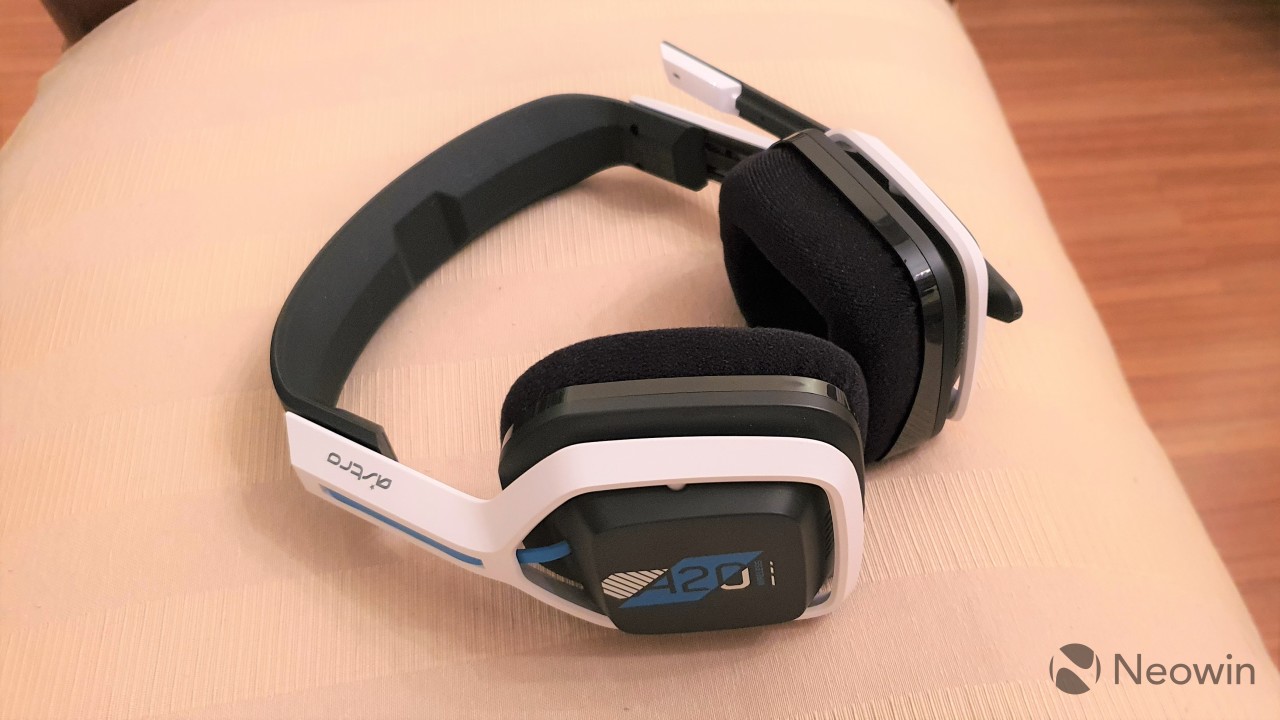 The lack of customization was a big bummer. Many of the audio issues could probably be fixed with a lot of fiddling around in the equalizer. Though I highly doubt it would help much in the case of audio escaping the ear-cups, that's more of a design flaw.

Again, I reiterate, all these issues made me feel like the A20 Gen 2 was rushed. It feels like ASTRO just wanted to have a next-gen compatible headset out in the market as early as possible. Because honestly, so many of these problems could have been fixed so easily.

Around this price point, there are so many better gaming headsets in existence. If you were to ask me for advice, I'd rather recommend the Turtle Beach Stealth Gen 2 for next-gen consoles. Sure, it costs $20 more, but that gaming headset is truly worth your money. The ASTRO A20 Gen 2, however, is not.