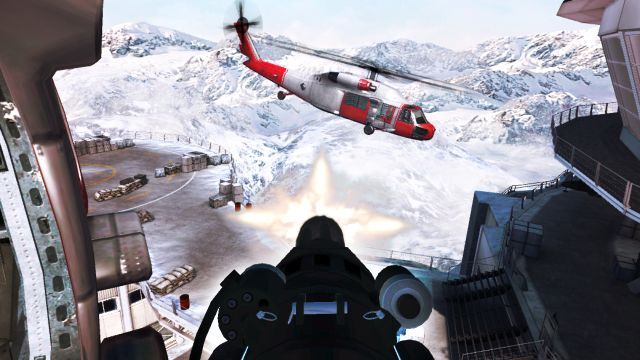 Just before E3 2012, Activision announced that the first mission for its upcoming James Bond shooter 007 Legends would be based on the Roger Moore 1979 film Moonraker. Today, Activision sent over word that the second mission in the game will go back even further in Bond's movie history, to 1969.

The second mission in the game will be based on the movie version of On Her Majesty's Secret Service. The film version was the only Bond movie to feature actor George Lazenby playing James Bond. It's also notable for the movie where James Bond gets married, only to have his new bride Tracy (spolier!) be killed by Bond's arch nemesis Ernst Stavro Blofeld.

007 Legends' mission will concentrate on the movie's final battle sequence, where Bond and Tracy's father try to rescue Tracy from Blofeld, who has kidnapped her and is now in place at his high mountain stronghold. Expect lots of shooting and some ski and snowmobile chases.

The game, developed by Eurocom, will be released for the PC and other platforms in October. It will also include a code for a free downloadable mission based on the upcoming James Bond movie Skyfall.