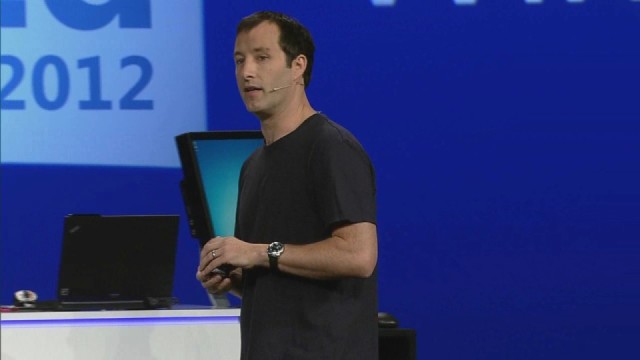 Microsoft is losing yet another long time employee, Antoine Leblond, who was a major force behind the company's Office division and later for the development of Windows 8. Re/code reports that Leblond sent out an email to team members late on Friday announcing his departure from Microsoft after nearly 25 years.

The email stated that his last official day at Microsoft will be on Monday, March 31st, which also happens to be his 9,000th day at the company. Leblond's statement added:

Every single day I have had here has been amazing in its own way, and I will never look back on all of these years with anything but fondness, pride in what we’ve accomplished together, and a real appreciation for having been lucky enough to be part of so many awesome things I am sad to leave all of you, but also incredibly excited for what comes next.

Leblond spent the majority of his time at Microsoft in the Office division but the last five years he was the the corporate vice president of Windows. Working under Steven Sinofsky, Leblond was in charge of the cloud services portion of Windows 8, including its Windows Store feature.

During the recent company reorganization at Microsoft, Leblond was not named as an executive of the new operating systems division led by Terry Myerson, In late 2013, two other major Windows team members who also were not named as part of Myerson's team, Jon DeVaan and Grant George, decided to leave Microsoft.

Leblond's departure email did not indicate where he might be working next, saying only that it was "time for me to go out and see what the non-Microsoft world has to offer."