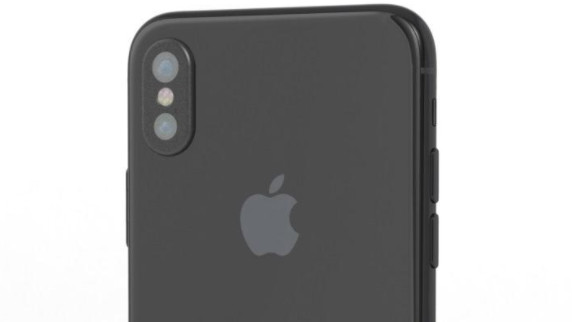 A new render has surfaced from case designer Nodus that shows off what the next iPhone will allegedly look like. If you aren't impressed, chances are you have seen something similar over the past few weeks, as renders like these have become quite common.

Of course, this isn't the case makers fault, as the iPhone shown above will only have one design in the end. While it would have been nice to get some confirmation in regards to the Touch ID sensor and whether it will be embedded under the display or omitted completely in favor of a new 3D facial recognition system, it appears that Forbes is taking a stab at theory that has been speculated in the past, that the Touch ID could potentially be featured in the power button.

As can be seen in the render above, the power button on the phone looks quite large and elongated, which could be just enough space for a Touch ID sensor. If this were to occur, Apple does have the necessary patent filed to make it a reality. Although it wouldn't be as glorious as having it under the display, it will surely be a better option than placing it on the rear of the handset.

Apple is rumored to be tinkering with the iPhone's design down to the wire which could mean that in a few weeks time, we will hear more about whether the firm succeeded or failed in its mission to embed a fingerprint sensor under the display, but at the moment, it seems no-one is sure where it'll end up.