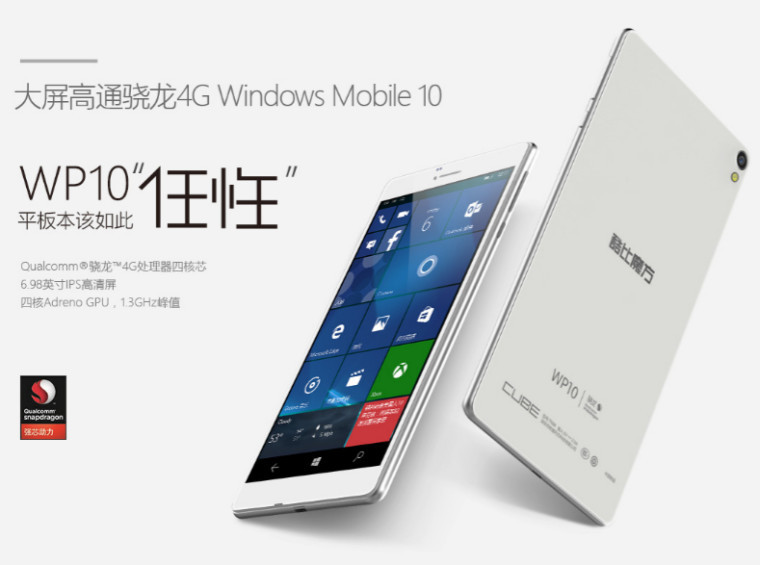 Every once in a while a new smartphone-maker emerges with a Windows 10 Mobile device and this time it is CUBE from China. The company specializes in Android / Windows tablets, and will soon be launching a Windows 10 Mobile-based smartphone with a very large screen. The device will be known as WP10 and has already been listed on the company's website.

Apart from its large screen size of 6.98-inches, the WP10 is a rather basic device in terms of hardware specifications. According to its teaser page on CUBE's website, the phablet's screen resolution is just 1280x768, which is rather low for its size. The device is expected to feature a Snapdragon SoC clocked at 1.3 GHz but the exact details of the chip aren't yet known. It will support 4G LTE and will come with a battery of 3000 mAh capacity.

From the images, it is also clear that the device doesn't feature a USB Type-C port, but there are many other details about the phablet that aren't mentioned on the website. We might get to know more about the device once the company officially announces the pricing and availability in the near future.