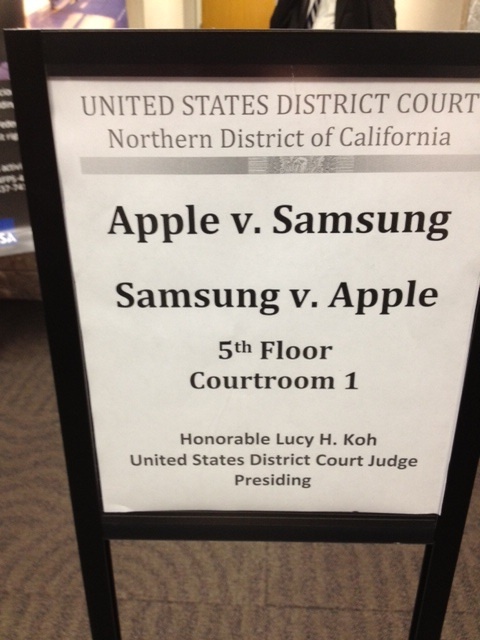 Apple has asked the US District Judge, Lucy Koh, to order Samsung to pay legal fees as well as reimbursement for their lawyers for the patent lawsuit between the two companies over a period of 15 months.

The Cupertino based company won the legal battle against Samsung in two trials held in the federal court in San Jose, California so far. In 2012, Samsung was ordered to pay over a billion dollars for infringing on Apple's design patents for the iPhone and iPad. Last month, a verdict for the retrial was given yet again in Apple's favour with damages close to $900 million.

Now, Apple has requested the US District Judge, Lucy Koh, to order Samsung to pay legal fees worth $15.7 million and reimbursing Apple's lawyers with $6.3 million for various expenses. A hearing for the same has been scheduled for January 30, 2014. The demand from Apple stands in addition to the $930 million that Samsung has been asked to pay in damages by the jury in the previous trials.

Both the companies will be involved in a new trial with inclusion of new devices in the coming months. Samsung has reportedly vowed to appeal the damages awarded to Apple by the jury in the previous verdict.