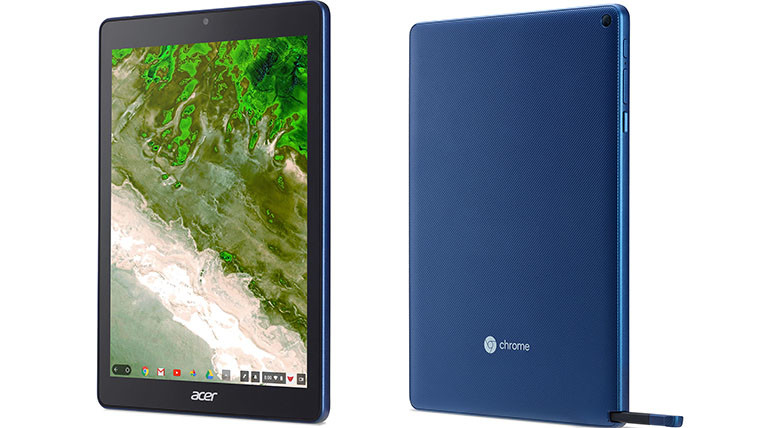 Tomorrow, Apple will be holding an event where it will focus on the educational market. New iPads are expected, but a day ahead of time, Acer has come up with its own tablet announcement. The Chromebook Tab 10 is the very first Chro﻿me OS tablet, and it's also aimed at education.

As far as the form factor and the display go, the Tab 10 is very similar to an iPad. It has a 4:3 aspect ratio, and the 9.7-inch screen comes in at 2048x1536, giving it a 264ppi pixel density. This is similar to a piece of paper, so it's meant to be comfortable for things like reading books in portrait mode.

The Chromebook Tab 10 is powered by a hexa-core OP1 processor, which has two ARM Cortex-A72 cores and four ARM Cortex-A53 cores. Using the typical big.LITTLE architecture, the less powerful cores can be used for tasks that don't require many resources, like syncing background notifications and such.

If you've never heard of the OP1 chipset before, you're probably not alone. The OP brand is actually something that's designed and optimized for Chromebooks, and it's only available in a handful of devices so far. You can find out more about it at a handy website that's aptly named WhatIsOP.com.

Acer promises that the Chromebook Tab 10 offers nine hours of battery life, so it's meant to make it through the school day. It also comes with full access to the Google Play Store, so it's not lacking any of the functionality that you'd get from an Android tablet. The company also says that augmented reality support will be added to the device in the future.

The Acer Chromebook Tab 10 will be available next month in North America for $329 USD, and in EMEA regions in May for €329.