Last year, Apple put more pressure on its iPhones using 3D Touch, but now it seems the company may be preparing to take the pressure off. Apple was recently granted a new patent that would let users interact with a device without physically touching the screen. Patent No. 9,250,734 was filed last year and granted Tuesday, February 2nd by the US Patent & Trademark Office. The abstract details the technology as such:

The use of one or more proximity sensors in combination with one or more touch sensors in a multi-touch panel to detect the presence of a finger, body part or other object and control or trigger one or more functions in accordance with an "image" of touch provided by the sensor outputs is disclosed.

Simply put, proximity sensors in the panel will be able to detect your finger without the user actually touching the screen. This could include the use of infrared sensors used to bounce light off the user’s finger and reflect back onto the panel to correspond with pixel locations. These “hover events” could be used to perform specific functions such as waking up the display, controlling brightness, and more. The sensors could either be used in the full panel or only in certain areas of the display. 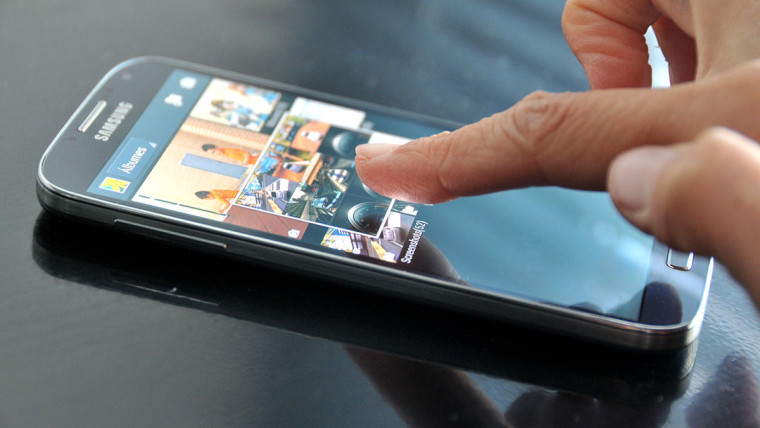 This kind of interaction is something we’ve seen before, mainly through Samsung’s Air View feature on its Galaxy phones, and something similar was also rumored to be included in Microsoft’s canceled “McLaren” handset. It does, though, highlight Apple’s commitment to exploring ways of evolving its touchscreen technology beyond the newly implemented 3D Touch, which lets iPhone 6s and 6sPlus users interact with their phones by applying different levels of pressure.

It’s hard to say whether or not we’ll see this new feature in the iPhone 7, as Apple files many patents without many seeing the light of day. It could also just be too soon for the company to introduce yet another mode of interaction for its customers on its smartphones. Thus far, the iPhone 7 is already rumored to see some drastic changes, such as a dual-rear camera setup and the absence of a headphone jack.