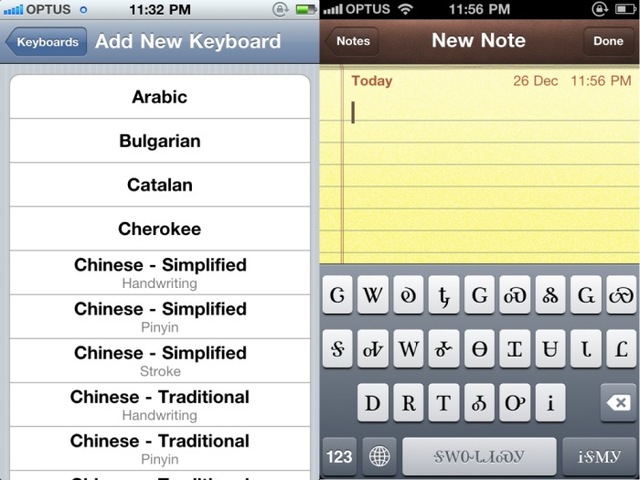 Nearly four months after the release of iOS 4.1, it has been discovered that Apple quietly added support for the American Indian Cherokee language as part of the update.

According to The Associated Press, Cherokee tribal officials got in touch with Apple three years ago to ask the company to add support for the language, which is nearly 200 years old, to iOS. For the Cherokee, it was an act of desperation - tribal Chief Chad Smith told the AP that of the tribe's 290,000 members, only about 8,000 spoke the Cherokee language, with most 50 or older, leaving the language in serious danger of dying out.

Teachers at the Cherokee Nation language immersion school in Tahlequah, Oklahoma realised a tech-savvy solution was likely the only way to get the younger generation interested in the language.

"If you don't figure out a way to keep technology exciting and innovative for the language, kids have a choice when they get on a cell phone," Joseph Erb, a worker in the Cherokee Nation's language technology division, said.

Discussions with Apple reportedly went back and forth over a period of years, with Mr Smith even making a visit to the company's Cupertino campus to plead the tribe's case in person. In typical Apple fashion, the Cherokee Nation was not made aware its request had been granted until shortly before the release of iOS 4.1.

Cherokee is now supported on iPhone and iPod touch devices running iOS 4.1 or later, with iPad support apparently on the way.