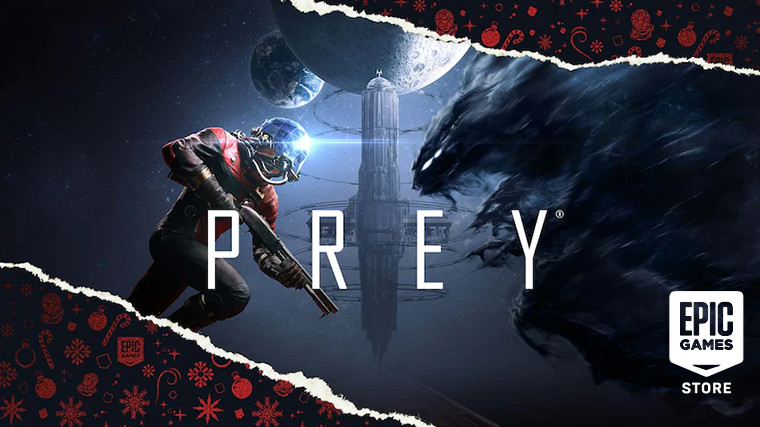 Nine days into its daily giveaway program, Epic Games Store is celebrating Christmas with a freebie offering from Arkane Studios. You can now find a copy of Prey waiting for you as the latest giveaway for the next 24 hours. It replaces Pathfinder: Kingmaker from yesterday.

The highly rated 2017-released title comes in as an immersive sim where you are stuck on Talos I, a space station orbiting the Moon, and as always, there is an alien lifeform outbreak happening. Like other games from the studio, there are decisions to make, flashy powers to develop, and multiple paths and opportunities to exploit for each objective.

Here's the setting as described by the store page:

Nothing is as it seems aboard Talos I. As Morgan Yu, set out to unravel the clues you've left behind for yourself, and discover the truth about your past. What role will you play in TranStar’s plans, and the mysterious threat ravaging the station?

When not on sale you would have had to put down $29.99 to buy the game. Here are the minimum requirements you need to enter Talos I:

Prey will remain free to claim until 11AM ET tomorrow, December 26. As usual, another game will take its place at that time. Don't forget about the ongoing $10 coupon and holiday sale offers on the store as well.