Face recognition nowadays on various social media, among other places online, is driven by specialist face recognition AI. While AI is generally thought to be getting intelligent over time, sometimes, there can be major mishaps too. In the latest such case, as spotted by The New York Times, the Facebook AI recently identified black men in a Daily Mail Facebook video from June 2020 as "Primates".

The video is available for viewing via this link and the AI puts up a prompt reading "Keep seeing videos about Primates?" as can be seen in the screenshot below: 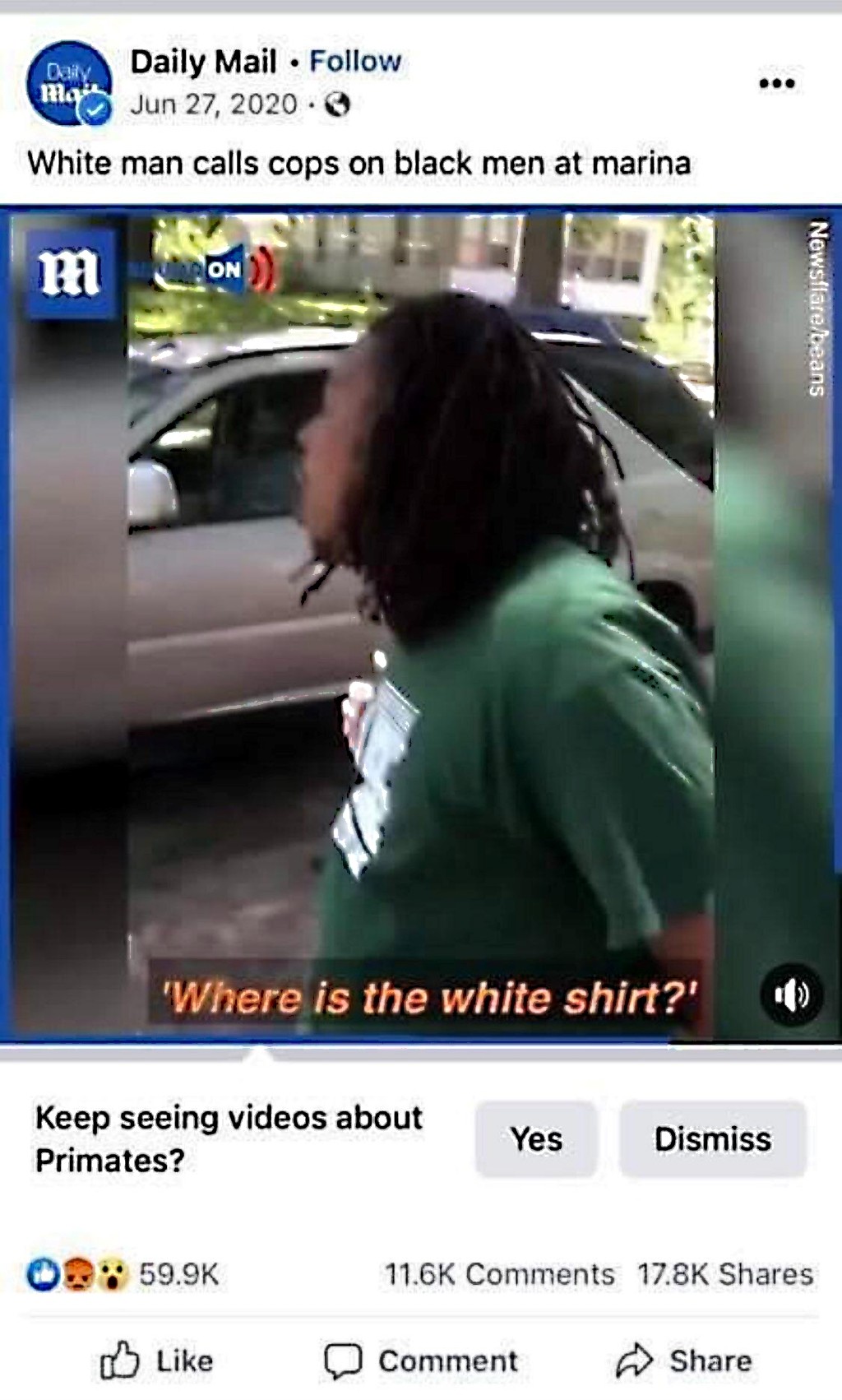 Company spokeswoman Dani Lever has apologized for this "unacceptable error" and has offered the following statement to The New York Times:

As we have said, while we have made improvements to our AI, we know it's not perfect, and we have more progress to make. We apologize to anyone who may have seen these offensive recommendations.

In relation to the improvements Lever speaks of, the company is probably referring to the recent massive date set it revealed in April for the purpose of AI research and training, or something similar. Clearly, though, Facebook's AI still isn't as intelligent as the social media giant wants to be yet if it thinks black people are the same thing as apes.