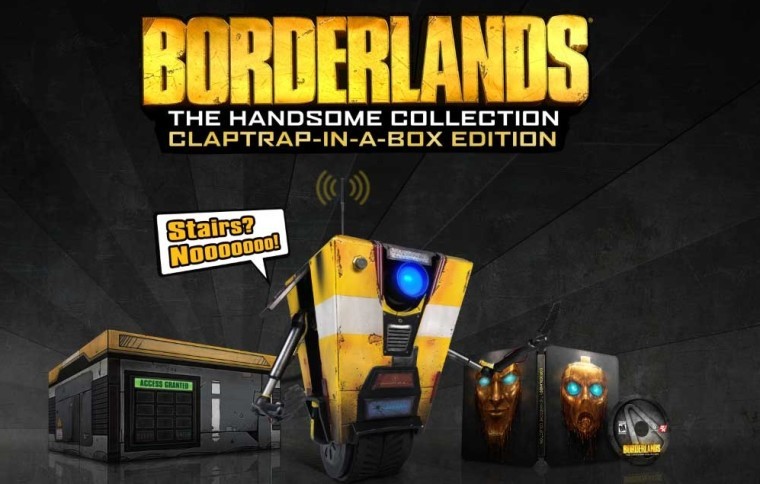 For those of you who like to shoot a gazzillion guns in all directions,look for loot in every single corner and dumpster, and have been eagerly waiting for a chance to do that on your next-gen console, be it Xbox One or PlayStation 4, we have good news for you.

2K Games and Gearbox Software have announced that they've created a special treat for console fans, in the form of "Borderlands: The Handsome Collection ", which includes Borderlands 2, Borderlands: The Pre-Sequel, and all of the associated DLCs released so far, for $59.99, which is arguably better than buying the games individually.

The two games have been remastered and fused into one package that will be released on March 24 for North America and on March 27 for everyone else. Players will be able to transfer their game saves from PlayStation 3, PlayStation Vita or Xbox 360, and up to four people can play the game split screen on a single television, allowing for a quadruple shoot-and-loot experience.

Borderlands games are not very taxing on hardware, which gives one less reason for a fanboy war, and everyone will be able to enjoy butter-smooth gameplay and awesome high-resolution graphics. For the biggest fans of the series, Gearbox will also offer a special edition of the game that will be limited to 5,000 units worldwide.

The special edition is called "Claptrap-in-a-Box Edition ", and will set you back $399, but for that you get your very own remote-controlled Claptrap steward robot. The ClaptrApp will allow you to move him around, tell you bad jokes, and even stream video to your iOS/Android device from a real camera integrated into his eye.

In the same package, you also get 12 exclusive Vault Hunter lithographs as well as a collectible steel case, and both the Handsome Collection and the Claptrap-in-a-Box Edition will get two unannounced upcoming add-ons for Borderlands: The Pre-Sequel.