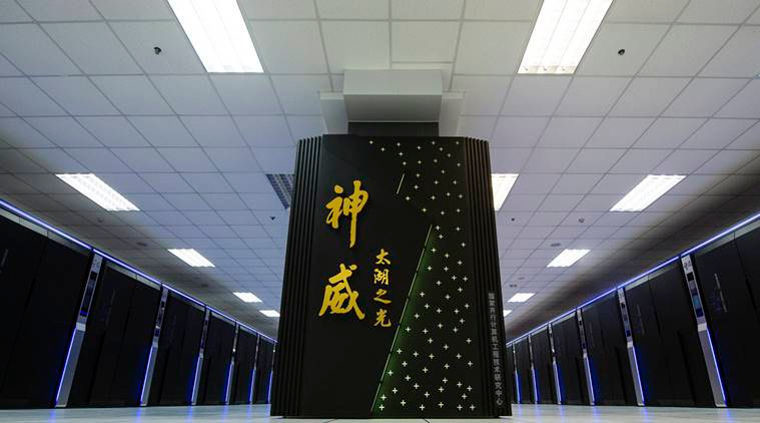 China’s Sunway TaihuLight and Tianhe-2 supercomputers have kept their number one and two spots in the TOP500 supercomputer listings. They are followed in third place by a Swiss machine. For the first time in 20 years, the US has been pushed out of the top three, assuming the fourth position.

The Sunway TaihuLight was designed and manufactured in China’s Guangzhou Province by the National Super Computer Center. It achieved its first place spot with a Linpack performance of 93 petaflops making it “far and away the most powerful number-crunch on the planet.” The powerhouse of a machine includes more than 10 million cores and uses over 15 thousand kW to run. The Tianhe-2, the second place contender got a Linpack performance of 33 petaflops.

The list of fastest supercomputers is recompiled every year in June and November, it aims to track the historical performance of supercomputers and predict future developments of the technology.

In November, we reported that Japan would be gunning for the top spot on the supercomputer rankings. The Japanese Ministry of Economy, Trade and Industry had planned to spend $173 million on developing a new supercomputer called ABCI or AI Bridging Cloud Infrastructure. The country hopes that it can edge in front of China by scoring 130 petaflops on the Linpack benchmark.