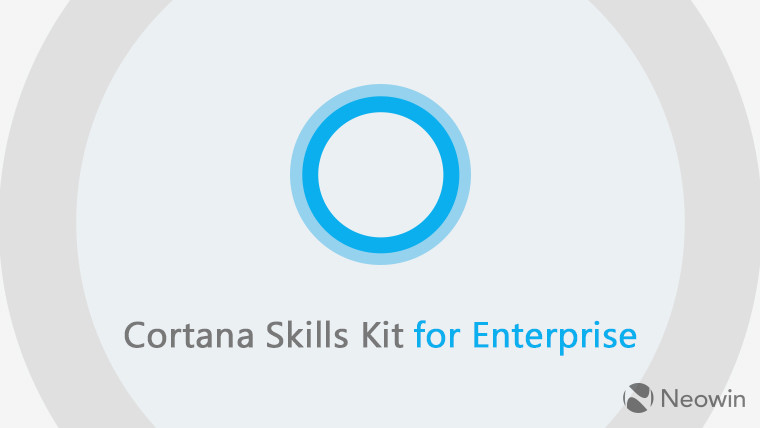 Microsoft made available the Cortana Skills Kit in public preview back in May of 2017 after much delay. The skills kit lets third-party developers create task-specific capabilities such as ordering pizza or asking the assistant to play a particular song from your music streaming service, in addition to what the digital assistant can perform natively. However, Cortana skills never really took off in a significant way, as dominant players such as Amazon Alexa and Google Assistant had already taken the lead with thousands of skills.

The Redmond giant wasn’t oblivious to this fact and was rumored to reposition Cortana as a productivity assistant, playing by the company’s strength. Today, as part of its Ignite conference, the firm announced Cortana Skills Kit for Enterprise. As the name suggests, Skills Kit for Enterprise lets developers create and deploy company-specific skills for Cortana that will help users perform tasks based on their needs, using voice commands. The skills kit is powered by the Azure Bot Service and the skills can leverage language understanding from Azure Cognitive Services.

An example that the company cites includes skills that can help with the creation of help desk tickets, where the digital assistant can create and assign service tickets with the requisite information from your directory, negating the need to otherwise perform the tedious task of filling in details and breaking your workflow. The employee can simply use a verbal command to log the ticket through Cortana, simplifying the task and enhancing productivity.

The Cortana Skills Kit for Enterprise is currently in private preview and is invitation only. However, you can head here to request an invitation to the preview.

With Cortana Skills Kit for Enterprise coming soon, it will be interesting to see how enterprises leverage this capability, and if the investments in AI and the cloud help Cortana gain traction as a productivity assistant in the business sector.