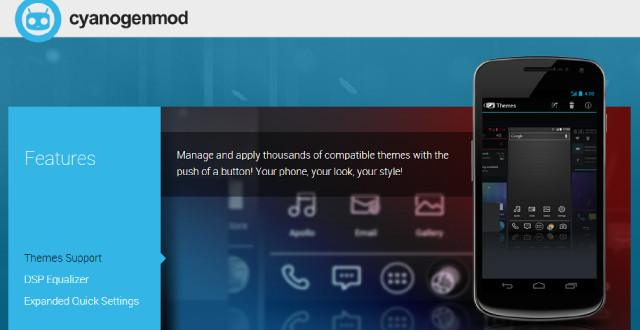 Cyanogen, Inc. has announced through the company blog that CyanogenMod Installer has been voluntarily pulled from the Play Store after Google pointed out that the app violated the Store's Terms of Service.

CyanogenMod Installer, an easy-to-use solution to install the popular after-market Android based ROM on supported devices was launched recently on the Google Play Store. The app simply acts as an interface to enable ADB on the user's phone and later proceeds to install the CyanogenMod ROM from the desktop.

The company has posted that Google contacted them regarding the app and indicated that it violated the Play Store's developer terms. Google asked Cyanogen to remove the app voluntarily or it would be forcibly removed if the company failed to comply.

According to Google, the app in itself is harmless as it enables functionality which is natively present in devices but insisted that it encourages the users to void their warranty which is the reason why it would not be allowed in the store.

Cyanogen mentions that the installer has been downloaded hundreds of times and that it had realistic demand from users. The company remains committed to getting their installer to users and would publish it to the Amazon Appstore and Samsung Apps in the near future. Until then users who want to install this app would have to sideload it from the company's website.