Microsoft has already hinted strongly that apps made for Windows 8 will be able to run on its upcoming Xbox One game console. However, the company has done nothing more than just hint at this kind of feature and has never talked about how app developers could get their creations published on the Xbox One. Now a pre-order page for the console on Dell's online store seems to confirm that Windows 8 apps will be able to run on the next-gen game machine. 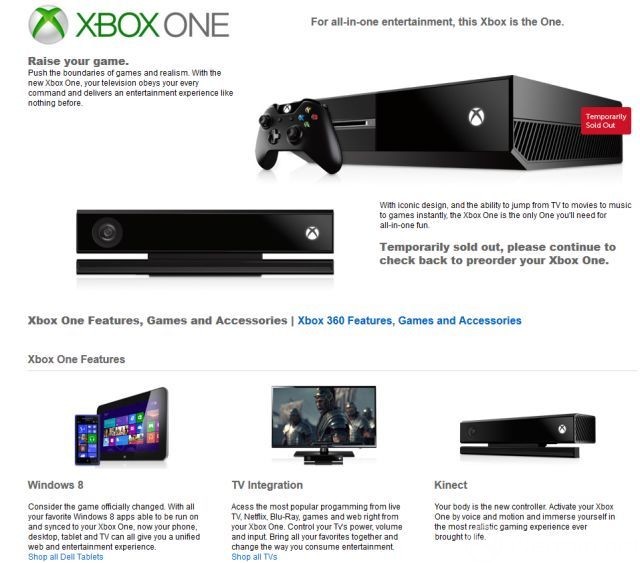 The page itself, which shows that Dell's shipments of the Xbox One are sold out for now, also has a list of the console's features. Among them is "Windows 8" with a picture of a Windows Phone 8 device and what looks like Dell's own Latitude 10 tablet. The description reads:

Consider the game officially changed. With all your favorite Windows 8 apps able to be run on and synced to your Xbox One, now your phone, desktop, tablet and TV can all give you a unified web and entertainment experience.

The description also has a link to Dell's online tablet store, where the company is selling both Windows 8 and Android devices. Of course, this is coming from Dell and not from Microsoft so this information could be incorrect, or at least not 100 percent accurate. We have emailed Microsoft for comment.

Thanks to Ukumio for the tip!