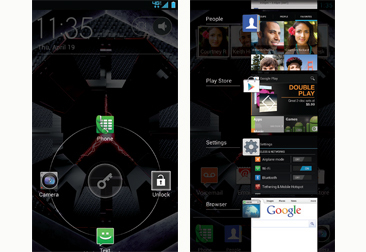 More and more Android smartphones and tablets are beginning to receive their promised upgrades to Google's Android 4.0 operating system. In a blog post today on the Verizon Wireless website, the company announced that two of its smartphones, the Motorola RAZR and the RAZR Maxx (the one with the super long battery life) will both start receiving their previously announced update to Ice Cream Sandwich.

Naturally, not all owners of the RAZR phones will get their Android 4.0 update today; usually it takes a few weeks for a mobile OS upgrade process to move through the wireless carriers system. The update will bring a number of new features to both smartphones, including the Face Unlock feature, improved voice recognition software and for the travelers out there, this update also unlocks global roaming capabilities.

For all of the Samsung Galaxy Tab owners, there's some good news on the horizon too. Sammobile.com reports, via unnamed sources, that the Android 4.0 updates for the Galaxy Tab 7.7, 8.9, and 10.1 models should begin sometime in July and run through to August.