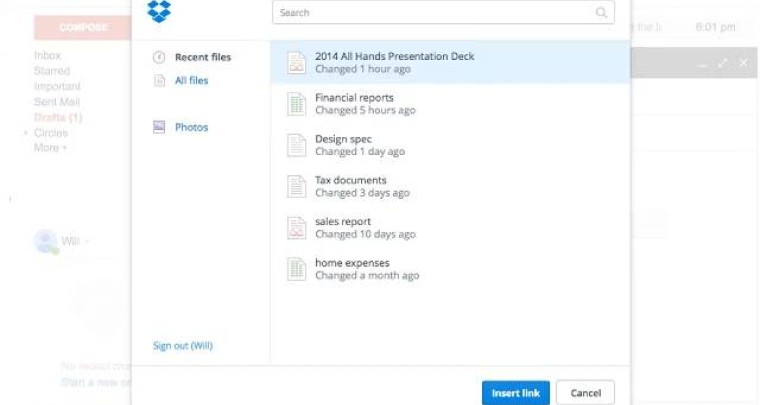 Dropbox is an ever-growing cloud hosting platform which has received significant levels of adoption. In an effort to rival Google's own Google Drive cloud hosting platform, Dropbox has developed a Chrome plugin which seamlessly merges with Gmail and allows a user to add Dropbox content directly to emails.

The plugin is fairly straight forward. After installing it from the Chrome Web Store, it adds a circle button with a dropbox icon next to the 'send' button. Pressing that will open up an interface somewhat similar to Dropbox's web file browser and allow you to select the files you'd like to add to the email. 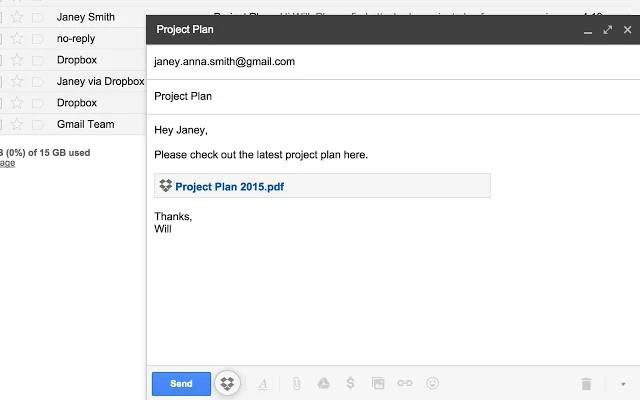 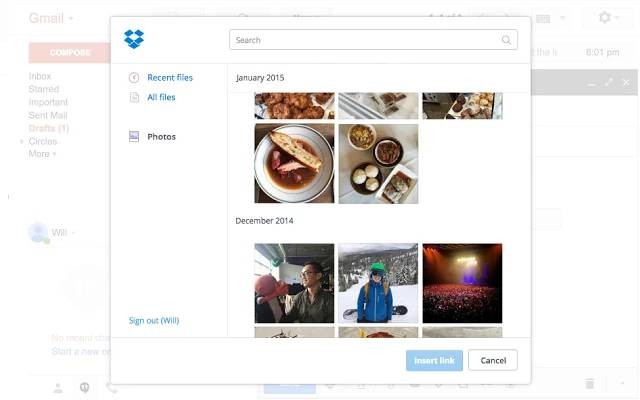 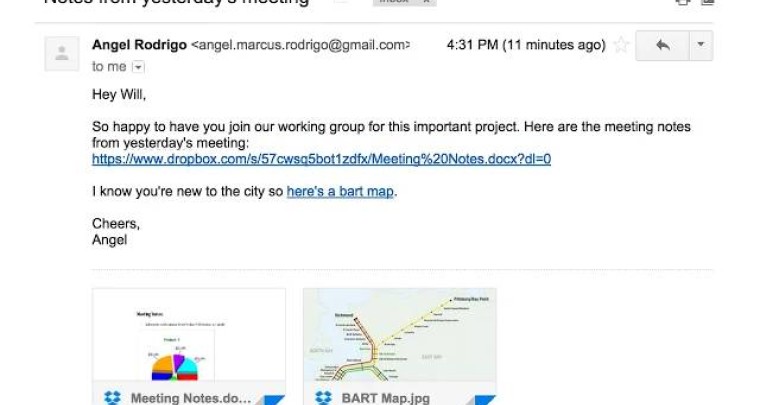 There is a caveat with this, however: the content isn't being natively attached - it merely inserts a web link to the Dropbox file. It does have the rich previews you would see with normal attachments, but Gmail won't show the "paperclip" icon and a user likely can't use the "has:attachment" flag when searching their inbox. If all of this sounds alien to you, then it probably won't affect you much.

For now, the plugin is still in beta and may be in beta for some time. You can check it out here.