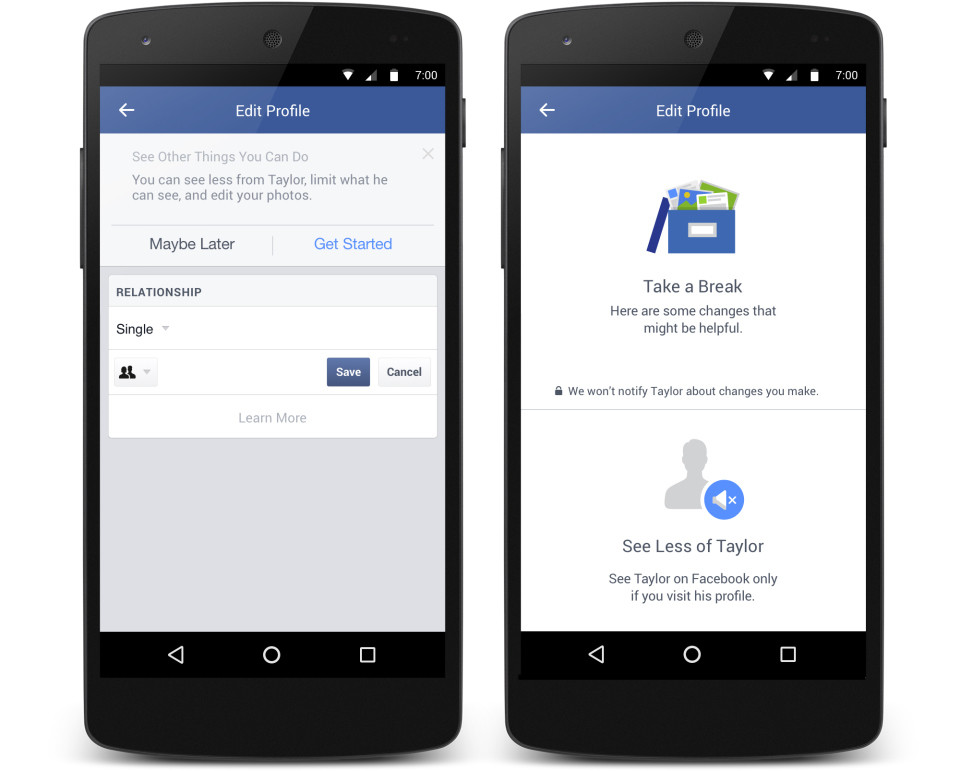 Facebook can often be an emotional roller coaster, whether it’s suggesting you befriend an ex high school sweetheart or showing you pictures of your recently deceased pet. Often times it’s hard to avoid this - especially as Facebook rolls out new tools to remind you of the past - but in the case of forgetting an ex, Facebook is about to make life a bit easier.

Facebook has today launched a new privacy tool that will be displayed to a user when they change their relationship status to ‘single’. The tool will allow the user to see less of their former partner’s content around Facebook without having to block or unfriend them. It will also block their name from appearing when composing new messages or tagging friends in photos.

Aside from restricting what you see, you can also block your ex from seeing photos, videos or status updates that you post going forward, as well as the ability to go back to past posts and modify the privacy of those. 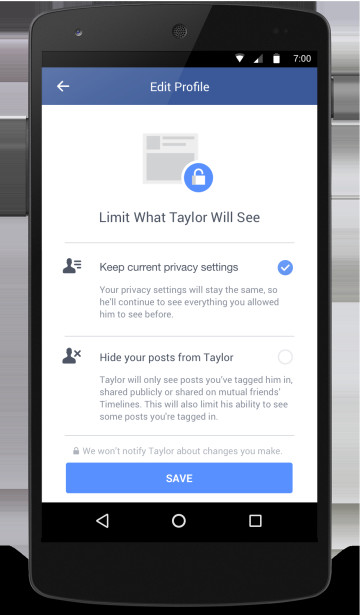 This work is part of our ongoing effort to develop resources for people who may be going through difficult moments in their lives. We hope these tools will help people end relationships on Facebook with greater ease, comfort and sense of control.

The feature is currently only being trialed for mobile users in the United States, but given its worldwide applicability, we would expect an expanded rollout over the coming months.