Back in January we reported that Facebook would be forcing all of its users over to the new Timeline layout in just a few weeks, and for whatever reason that didn't happen. That is going to change though. 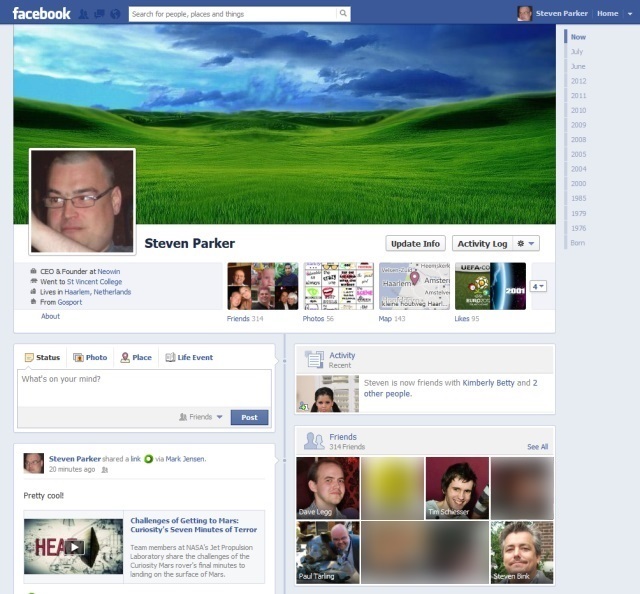 There's no escaping it now!

Timeline was first announced in September last year and went live in December, but the new profile wasn't forced on everyone. That will be changing very soon, again apparently. As we have reported before, Facebook will allow its users to preview their Timeline page privately for seven days before it becomes the permanent profile page for your account.

According to TechCrunch, Facebook have told them that they are finally going to enforce the changes for all of its 955 million users by Autumn, and that it will likely happen alongside the new photo view layout that we reported on yesterday. The reason for this change is simply to provide a consistent experience on Facebook.

The main page of your Timeline profile makes your messages look more like a chronological tree of events and messages, with special emphasis given to major events in a person's life such as a wedding, a new job and more. Some users of Facebook, as one might expect, have expressed their preference for the old profile page design; although we couldn't find a meaningful protest page on Facebook, the one we did find was a also private group, which could mean there will be little resistance to the change.

There's also no word if the tweaking done for Timeline will also be rolled out sometime in the near future.