Fake anti-piracy warning emails are being sent to users with money requests in an attempt to profit from the UK Digital Economy Act’s upcoming law, which states that ISPs may be entitled to send warning emails to users found pirating or downloading pirated software.

This fake campaign started just a few days after Ofcom, revised the code for the law. However, even though the Ofcom revision states that warning emails could start being sent to users by 2014 at the earliest, it hasn’t stopped scammers trying to profit earlier. An example of the fake warning email can be seen below: 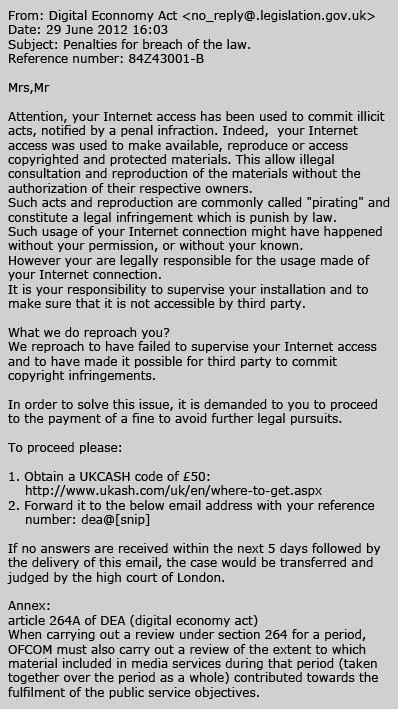 Although experienced users will likely know a scam when they see one, one can only feel sorry for users that fall for this dodgy campaign.