Late last year, Dell announced the updated XPS 12 2-in-1, a direct competitor to Microsoft's Surface Pro and Surface Book lines. Unlike the previous XPS 12 that had a weird swivel display, this time around Dell took a more traditional approach to the design.

In order to write a proper review, Dell and Intel partnered up to provide Neowin with a number of devices that can be used to mimic the enterprise desktop experience. Combining the Dell XPS 12 with the Dell UP3216Q 32" monitor and the Dell TB15 docking station, users can be mobile when they want, use a tablet when they want, and work on an impressively large display when they want.

The full review will be completed in the coming weeks, but until then, I wanted to share my first impressions with the XPS 12 after using it for a few hours. 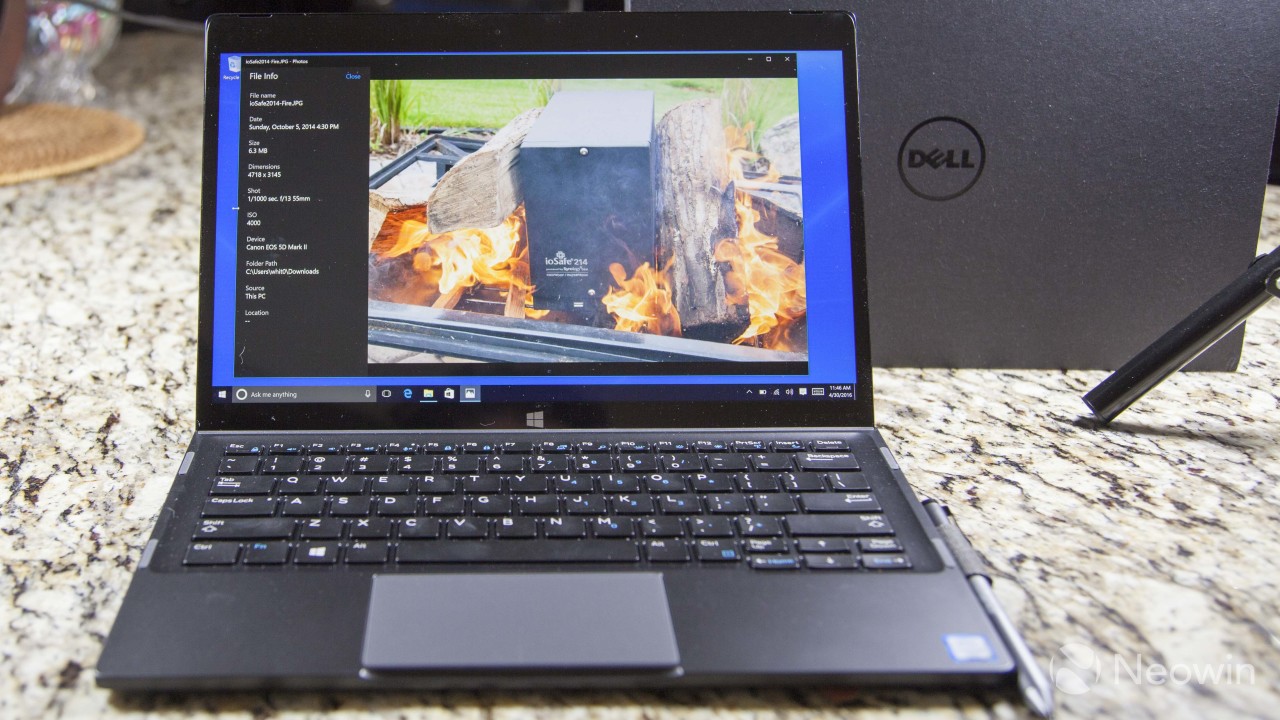 When taking the device out of the box, the first thing you'll notice is the size. Although the screen is slightly smaller than the XPS 13, the device feels noticeably thicker and a little heavier, although by no means is the device "thick and heavy." The back of the tablet and the top of the keyboard both feel like they're made of rubber, making it easy to hold without dropping. While it doesn't have the same premium feel of the carbon fiber and aluminum, it definitely feels nice to hold. The XPS 12 is also lacking the tiny bezel of its big brother, but that also makes sense as it would be hard to use a tablet without a place to hold it. The resolution of the screen is also very good, sporting a true 4K Ultra HD display. 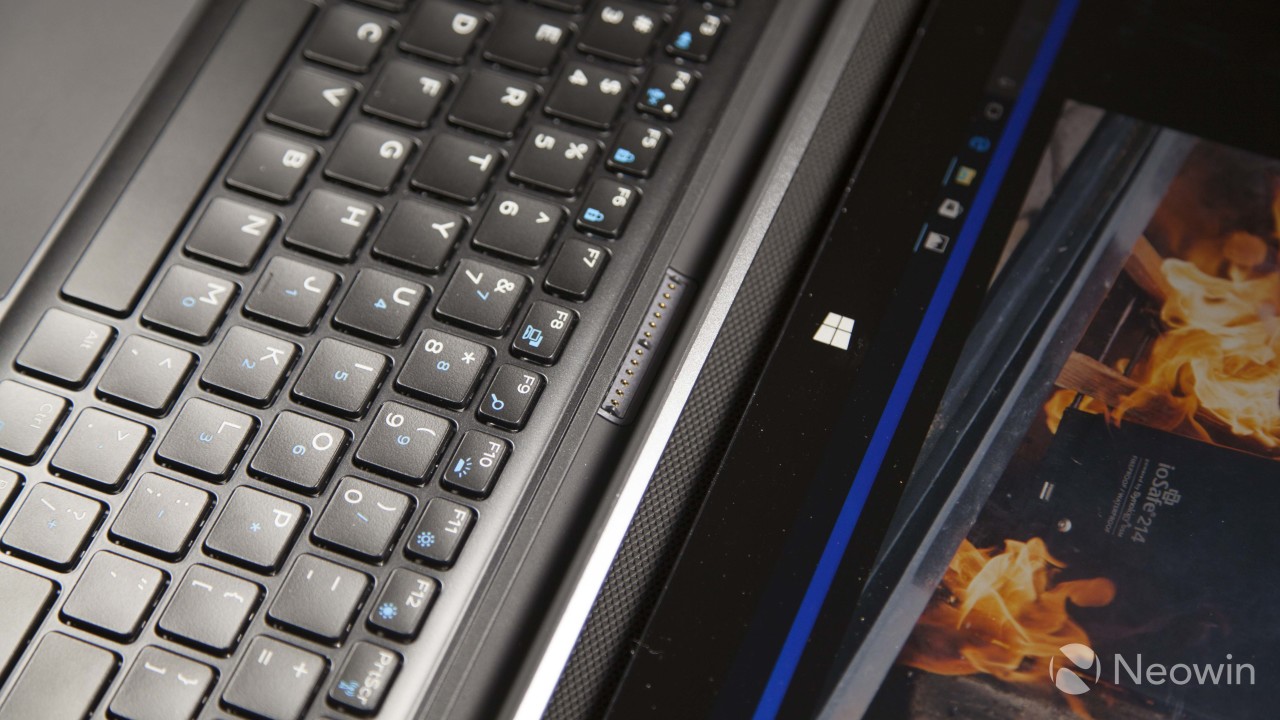 Speaking of the tablet, it connects to the keyboard by way of a magnetic dock: A lip at the back of the keyboard protrudes out, allowing the tablet to easily slide in place. Unlike the Surface Pro, there's no hard "click" letting you know that the two pieces are now merged, and there were a few times that I had to wiggle the tablet into place. Time will tell if this becomes an issue. 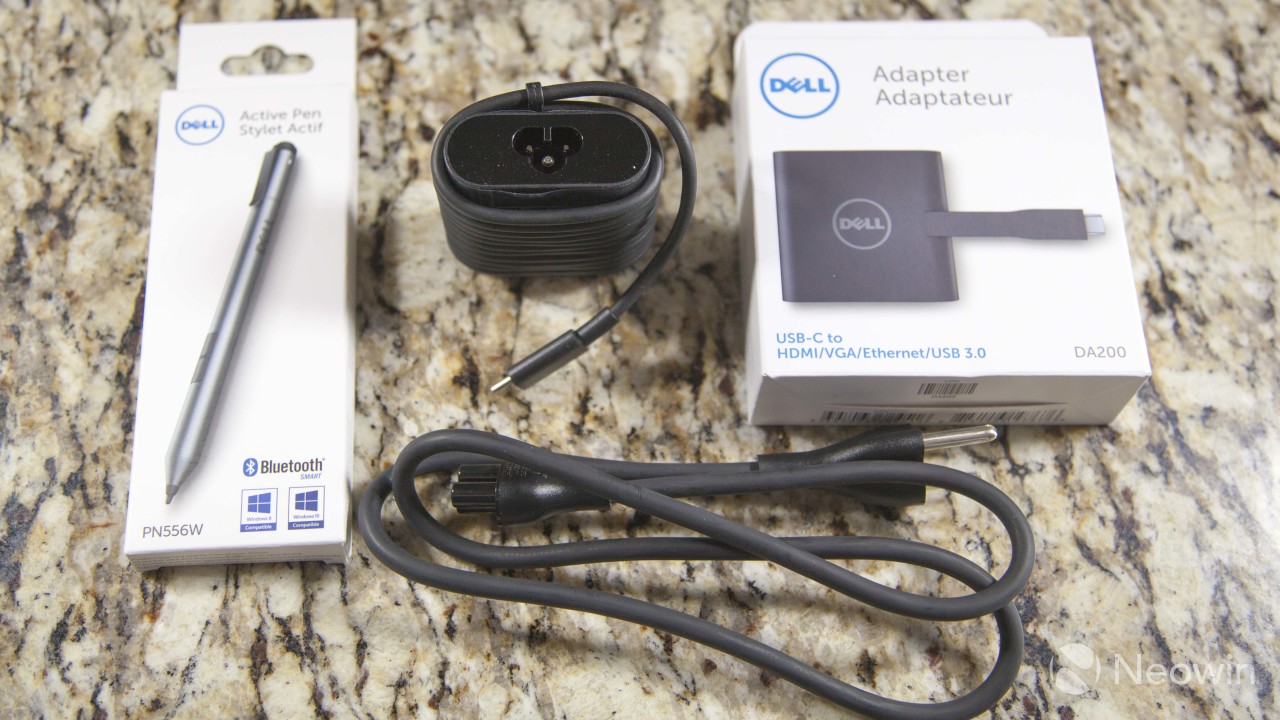 There are very few ports on the device. The keyboard piece doesn't have any connectors while the tablet has only two Thunderbolt 3 ports and a Noble lock. These ports allow you to connect to a docking station, such as the TB15 referenced above, or plug in a dongle that has USB, VGA, Ethernet, and HDMI. 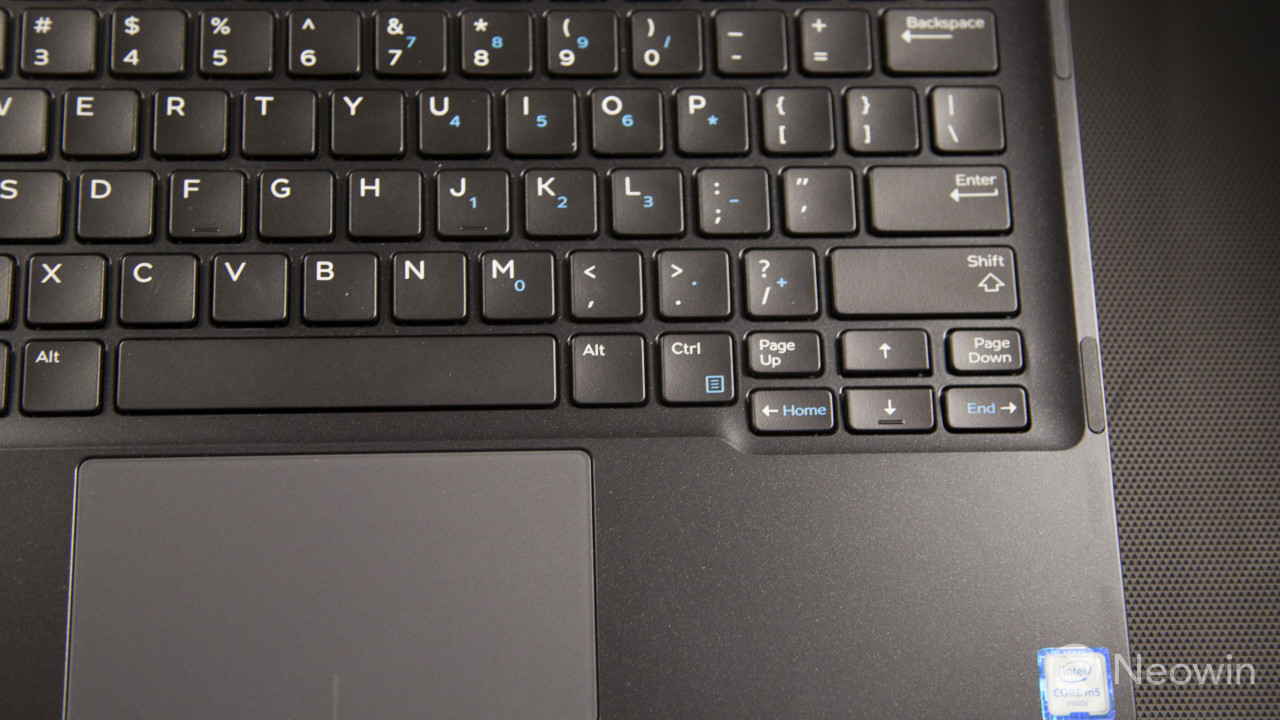 The chiclet-style keyboard looks very similar to the XPS 13, but with the welcome addition of dedicated "page up" and "page down" keys. Upon closer examination, the keys are slightly closer together and and the function keys are a bit closer to the screen than on the XPS 13. It's hard to tell by just eyeballing it, but the space difference did have my fingers accidentally touching the screen from time to time while typing, so it will be interesting to see if this becomes an issue long term. In addition, the space bar has a minor squeak when pressed.

The story is similar regarding the trackpad. It looks and feels very similar to the XPS 13, but has a little more spring to it and is a bit smaller overall. 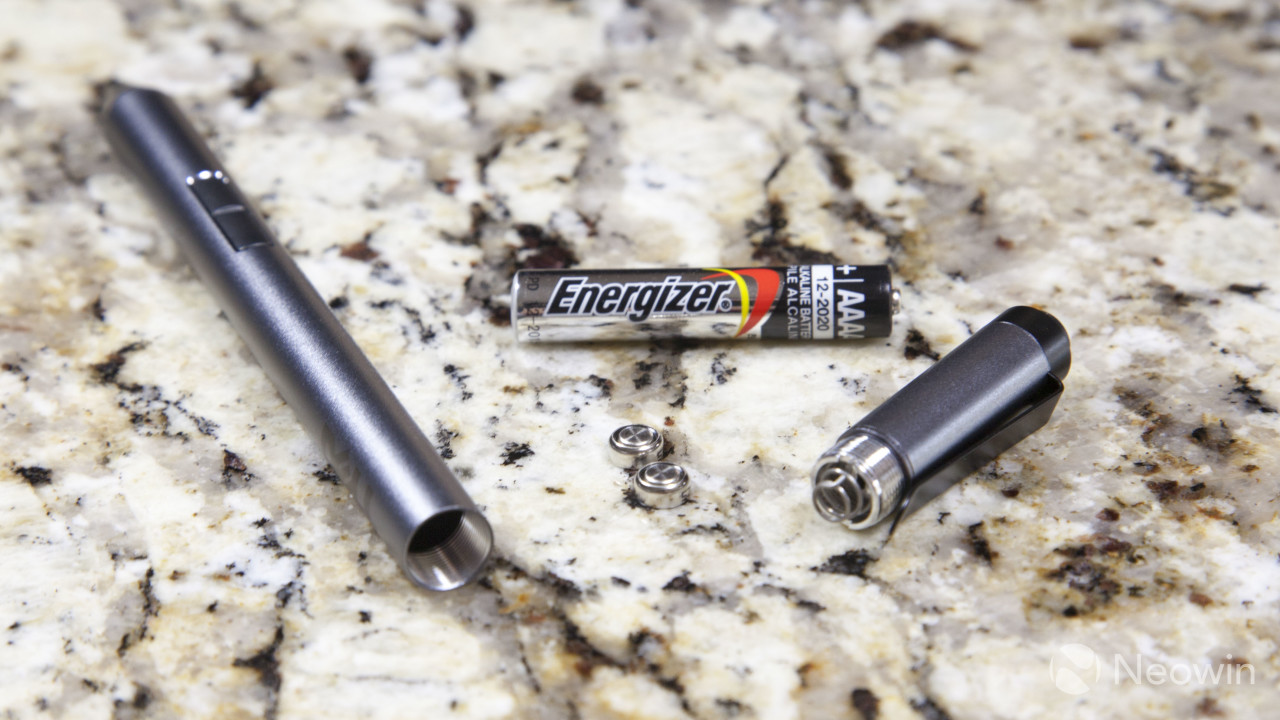 Like the Surface Pro line, the Dell XPS 12 has a stylus that they call an Active Pen. It takes two tiny button batteries and a single AAAA battery, something I didn't even know existed until I saw it here. The button on the top of Active Pen launches OneNote, but it can also be used to draw on the included Bamboo Paper app, as well as mark up webpages on Edge. The pen is also pressure sensitive, so it should be useful for artists. 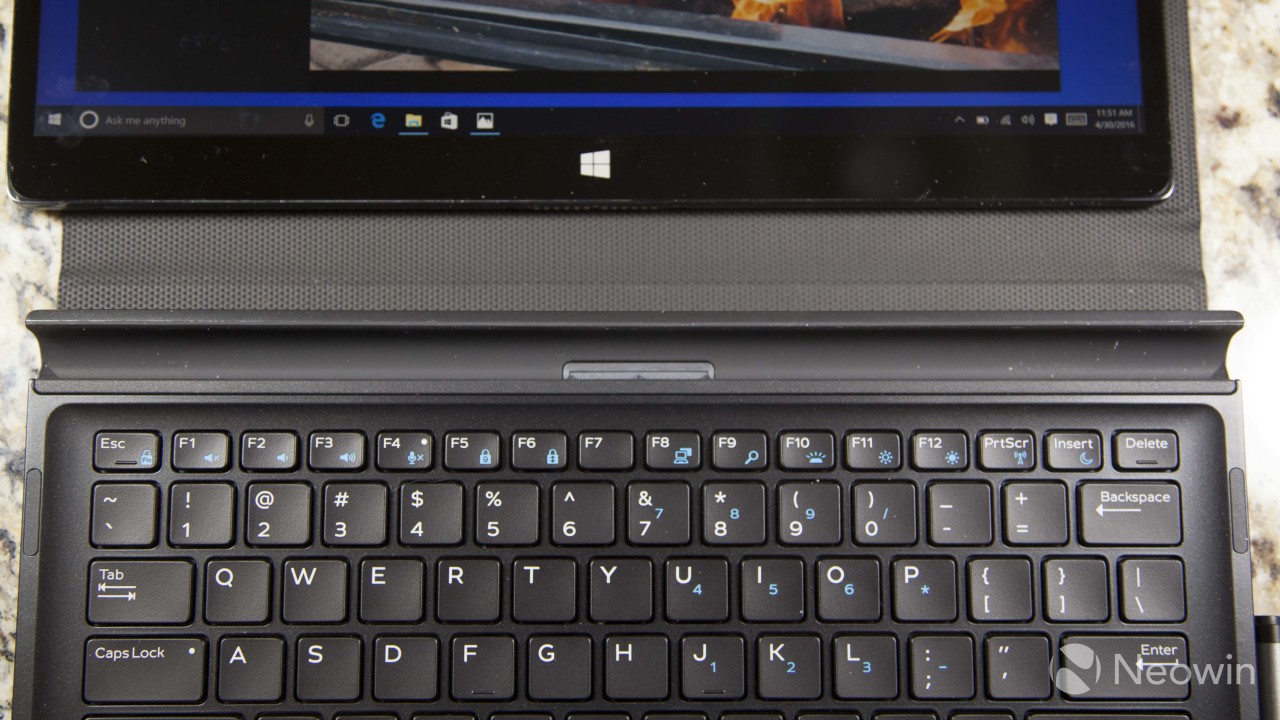 The build itself feels sturdy enough. Both the tablet and keyboard can flex when twisted, but doesn't creak, nor does it feel like it's going to crack.

I didn't throw anything challenging at the machine yet, and I haven't had a chance to test things like the battery life or the processor, but I'll be sure to do that for the final review. In addition to testing it as a laptop, I'll be using it interchangeably as a desktop replacement with the Thunderbolt docking station and the 4k monitor. If there are specific things you'd like to see covered, let me know in the comments and I'll make sure to test it out. Until then, enjoy the pictures.