While the search to replace Steve Ballmer as Microsoft's next CEO will be decided by a special committee formed in the company, wouldn't it be interesting to have that selection process be more like a US presidential campaign? Neowin reader Gabotrilius certainly thinks so and in a new forum post on our message boards he offers up some campaign banner ads he says he got from "very good sources." 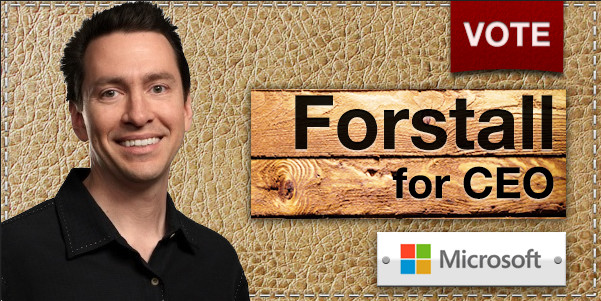 The post has three fictional campaigners who are trying to win votes. One is Scott Forstall, who helped to develop iOS at Apple and departed the company in 2012 (some say he was fired for the iOS Maps debacle). Needless to say, there's little to no chance that Forstall would be a Microsoft CEO candidate in the real world. 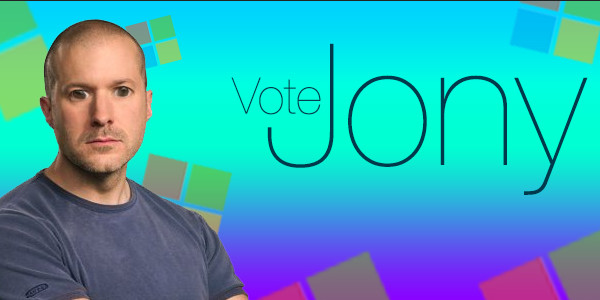 Another banner ad is trying to get people to vote for "Jony". That's Sir Jonathan Paul "Jony" Ive, the current Senior Vice President of Design at Apple and the man who headed up the designs for the iMac, the MacBook Pro, the iPod, the iPhone and the iPad, among others.

Finally, Gabotrilius gives us a somewhat creepy banner ad promoting Steven Sinofsky, who lead development of Windows 7 and 8 and who departed the company a few weeks after Windows 8 launched. Just this week, it was announced that Sinofsky had been named as a board partner for the Silicon Valley-based Andreessen Horowitz venture capital firm.

There have, in fact, been some speculations made today that Sinofsky might return to Microsoft if he was offered the CEO job, but ZDNet's Mary Jo Foley, in her appearance on Twit.tv today, said that her sources have told her there was no way that Sinofsky would be getting the gig.