Last month, Microsoft unveiled a new wearable device on the way from German company TrekStor. The device was described as a "B2B commercial-grade wearable", and runs Windows 10 IoT Core, with support for Universal Windows Platform apps.

At Microsoft's Build 2017 developer conference this week, we got our hands on the device, which will be manufactured by Askey. It's exclusively aimed at commercial customers, and won't be made available for consumers.

Few consumers are likely to find the device appealing anyway, given its industrial design. Indeed, its entire design is geared for usage in commercial scenarios, such as manufacturing and retail. The devices are intended to be used only in the workplace, and will be interchangeable between employees. They need to be able to withstand bumps and knocks, with a greater focus on ruggedness and resilience than aesthetics.

The TrekStor/Askey device features IP67 dust- and water-resistance, along with a durable strap from which the main hardware unit can be easily removed. The device is charged in tiny docking stations with Pogo pin connectors.

Cutting-edge performance isn't a priority on a device like this, so you won't find any of the latest chipsets onboard; instead, it has a Snapdragon 210.

The video in the tweet below offers a brief glimpse of the device's user interface. The devices on show at Build 2017 were pre-production units, with non-final software; it's also worth bearing in mind that OS images will be customized for each company that purchases the device, based upon their individual requirements, and how the device will actually be used.

The hardware itself can also be customized depending on the industry or company in which the device will be put to use. Options include the addition of an integrated barcode scanner; or even a heart rate sensor, giving employers the ability to monitor the workplace health of their staff.

The exact cost of the device will vary depending on a number of factors, including the precise hardware configuration, and the number of units purchased by a company - larger volumes will obviously attract greater discounts - but pricing will start at roughly $120 USD. 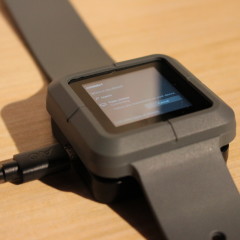 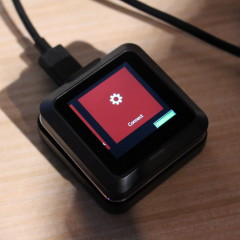 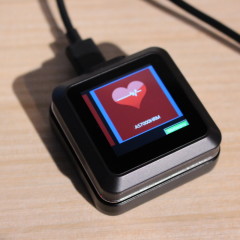 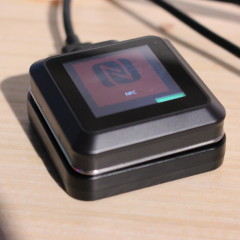 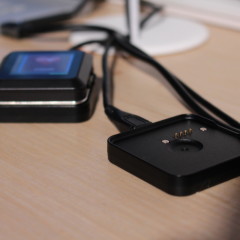 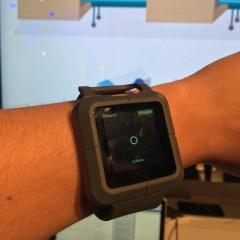 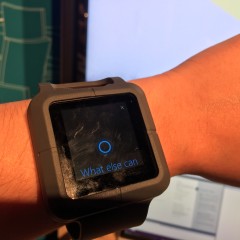