Gigabyte's in-house overclocking guru HiCookie achieved this feat using a single stick of DDR5 AORUS RGB memory on Gigabyte Z690 AORUS TACHYON motherboard. In terms of the CPU used, the Intel Core i9-12900K was in the socket during this overclocking run.

Here is the CPU-Z validation of the overclocking record: 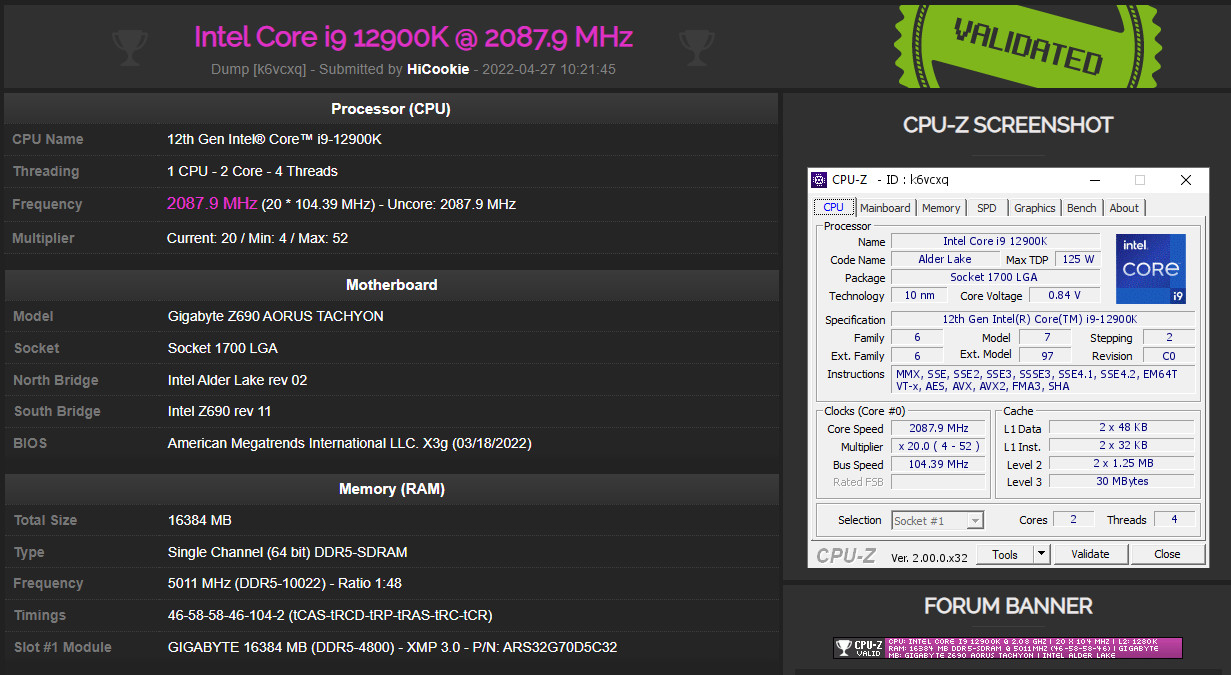 While these extreme overclocks are likely going to be unusable for everyday use cases, last year a Chinese firm called Netac did announce that it was working on such high-speed kits. More widely known manufactures like Adata have also revealed plans for making DDR5-12600 kits sometime in the near future.