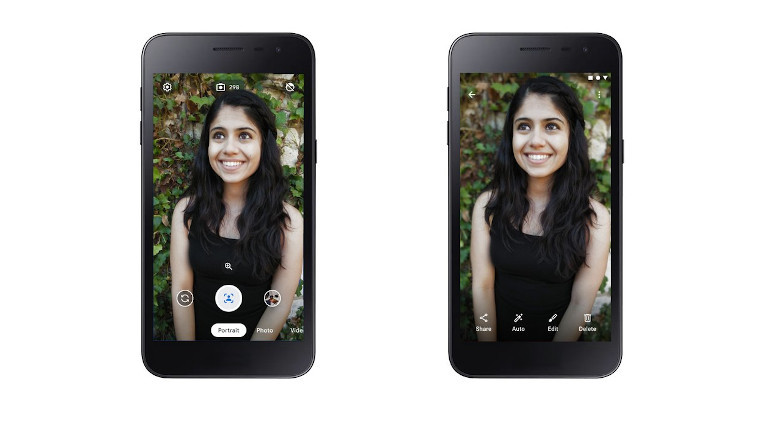 Google has announced Camera Go, its latest Android (Go edition) app aimed at low-end devices. With Camera Go, people will be able to take “beautiful photos without worrying about speed or storage.” While efficient, Camera Go includes features like Portrait Mode to give your pictures a more professional look by focusing on the subject.

Initially, the new app will be available on the Nokia 1.3, which was announced earlier today. Other Android (Go edition) devices will gain access to the app in the near future but the firm has not said whether other Android users will be able to download the app from the Play Store later on.

In order to help people preserve space on their limited storage devices, Camera Go keeps track of how much photo and video storage the device has left and helps to clear up space when it begins to get limited. This feature ensures that you’re always ready to snap a picture without receiving a warning that you’ve run out of space.

With many first-time smartphone owners opting for Android (Go edition) devices, Google decided to keep the interface for the new app clean and simple. From the screenshots available, it appears as though you can swipe between Portrait, Photo, and Video mode and have access to a number of other essential features. You can also view your images from the app with options to share, auto-enhance, edit, or delete a photo.