Google Cast saw native integration in Google Chrome with version 51. The functionality lets users cast web pages, music, videos or entire desktops to Chromecast-enabled devices right from the browser on mobiles and desktops. However, one feature that was noticeably missing was the ability to cast local files to Chromecast - that is about to change, as François Beaufort, a Chromium Evangelist at Google posted on Google+ that the ability to cast local files is now available to a small number of users on the Beta release channel of the browser.

As per the post, a new “Cast file” action to the Google Cast Extension Modal window makes it “easier to stream a local audio/video file to your Cast device”. This option will let users cast media files from local storage locations to Cast-enabled devices, including but not limited to Chromecast, Chromecast-enabled Smart TVs, Android TVs and the like. 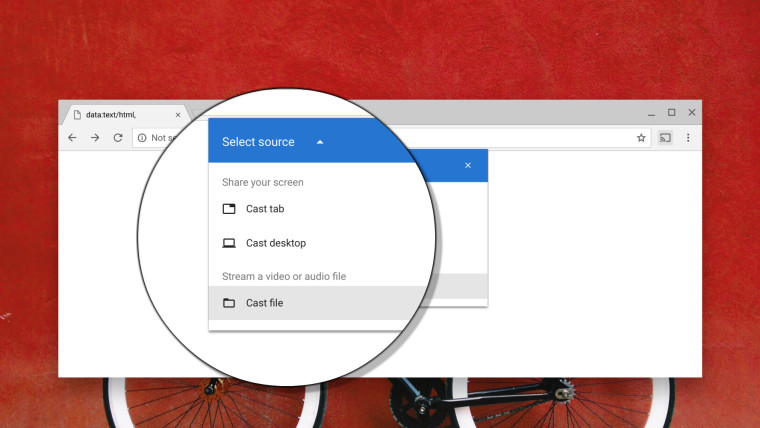 If you are one of the lucky few on the Beta channel to have received this functionality, follow these steps to try the feature out:

As the feature is rolling out to a limited number of users, not all users in that channel will be able to test the feature out. However, you can force the feature by using the browser with the --enable-features=EnableCastLocalMedia switch enabled. You can head here to learn more about how to use flags on Chrome.

Typically, features from the Canary ring make it to stable channels within two months. Since this feature is already out in the Beta channel, albeit to a smaller audience, we wouldn't be surprised to see it roll out to the stable channels and the Google Home app sooner rather than later.