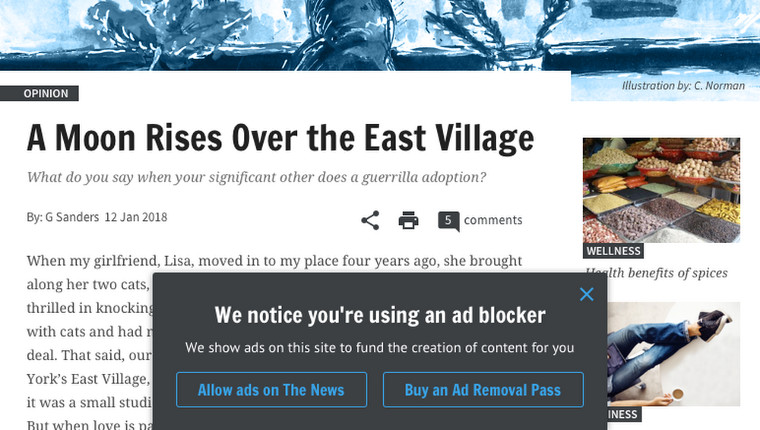 Google has announced that it is launching its Funding Choices programme into an additional 31 countries over the coming weeks in order to help website publishers all around the world to recover lost revenue due to ad blocking. Funding Choices gives content creators three ways to control their content in a way to ensure an increase in revenues.

The first option allows content creators to display a message to users asking them to either pay for an ad removal pass or allow ads, and offers the option to just dismiss the message and continue on to the content. The second option is the same as the first but limits the number of articles a person can access. The third option forces the user to either pay for ad removal or enable ads.

In the announcement, Google claimed that Funding Choices has, on average, seen a 16 percent increase of former ad blocking users allowing ads. It claims that these rates have been as high as 37% - hardly an insignificant number.

With Google’s dominance on the web, it may try to push Funding Choices strongly when the programme leaves beta. While this does seem quite monopolistic, it did confirm that it has also begun a test that allows publishers to use their own proprietary subscription services within funding choices.