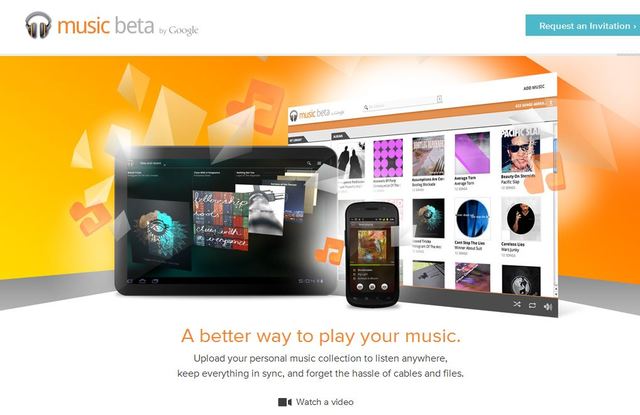 The website for Google Music Beta has gone live. According to the website, you’ll be able to listen to any music you upload to the anticipated cloud service offline, and it tracks what you’ve listened to recently to make it automatically available offline. You will also be able to easily select which songs/artists/playlists that you want to make available offline.

The website takes on Apple’s lack of will to create a cloud music server by promising support for iTunes libraries on the cloud. There will be folder sync, allowing for automatic upload when music is placed in synced folders. Ironically, the video on the website features an OS X UI for uploading music from your computer.

Google Music was announced at last year’s Google I/O and many users have been patiently awaiting further announcement about the service. After Amazon launched a similar service recently, Google had to step up its game, and release something, even if it doesn’t come with a fully functional Music. This will have to wait on agreements with studios and labels, and will take much longer than just getting the app up and running.

Update: According to the keynote announcement at Google I/O, the service allows for 20,000 songs per account, and it will be free as long as it is in beta. That's a pretty huge qualifier, and marks one of the only times Google would charge for a service that isn't enterprise business oriented. An actual price wasn't announced, but the implication is rather obvious.