After launching as part of Android 4.1 "Jelly Bean" in 2012 and later expanding to iOS in 2013, Google is now adding its Google Now notification service to the PC. Today, the company announced that Google Now is being rolled out as part of its Chrome web browser to Windows and Mac users. 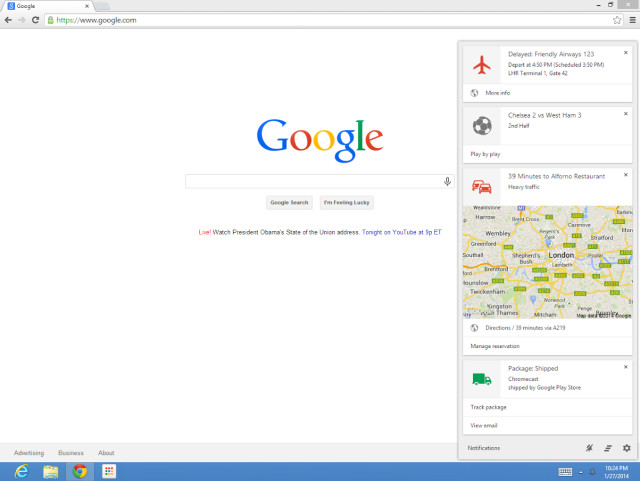 In a Google+ post, the company said that all Chrome users should have access to Google Now over the next few weeks. It adds, "To enable this feature, simply sign in to Chrome with the same Google Account you’re using for Google Now on Android or iOS."

As with its previous mobile incarnations, Google Now is supposed to offer users quick notifications on subjects such as weather, traffic, sports scores, reminders about events and more based on their locations and habits. In a support page, it indicates that some of the cards will be based on the location of the user's smartphone or tablet, rather than the desktop or laptop.

Based on that same support page, it sounds like not all of the Google Now cards that are available for mobile users will be visible for the desktop version. It states, "You'll only see location based Google Now Cards on your desktop for devices that have Location Reporting turned on."