Rumors have been circulating that Google is preparing to update its search results and Gizmodo has uncovered images that show off the new look.

The new search interface appears to be tested on random people as the user who reported the image was never invited nor accepted a beta invitation from Google. The new interface brings it inline with Google Wave but still keeps the to traditional Google minimalism.

Don't be surprised to see Google Wave, Chrome, Gmail, Maps and other Google applications to be integrated further into Google search as they attempt to blur the line between search and their other products.

Update: You can now test the new Google interface yourself (Thanks Gizmodo), go to https://google.com and enter this in the address bar then hit enter and refresh Google:

Remember to remove the space between Java and script: 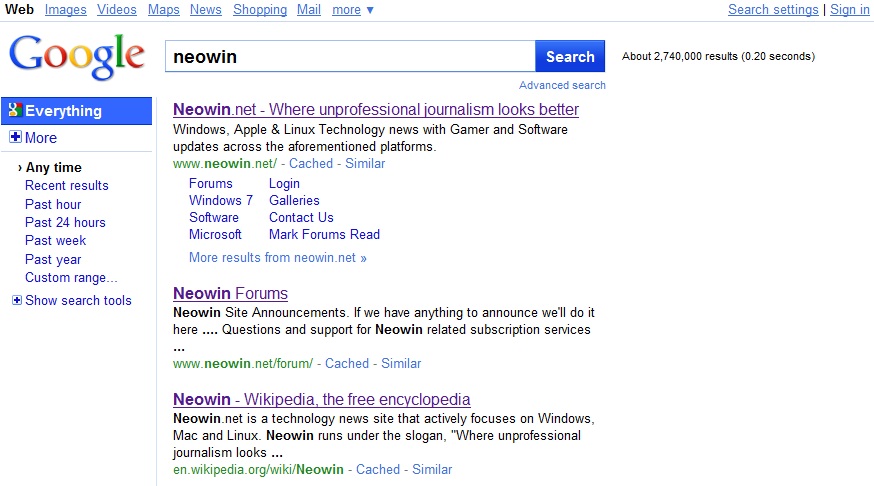