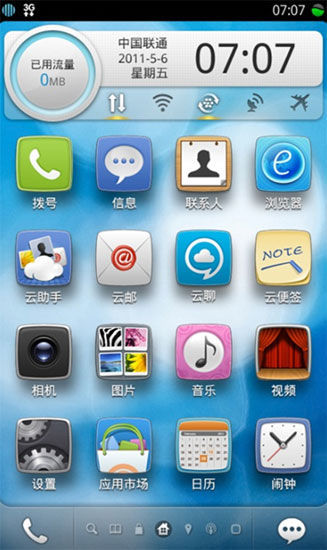 Alibaba says it wants Aliyun to be 'the Android of China'

Yes, Google did tell Acer that they couldn’t be friends with them and Alibaba. But it’s not because Google is selfish, or afraid of competition – oh no, it’s all for the good of the users, and the glory of the compatibility gods!

A couple of days ago, we got Alibaba’s side of the story. A quick refresher, in case you missed that: Alibaba is the Chinese company behind Aliyun, an Android-based OS designed to function within its own ‘walled garden,’ kind of like Amazon’s Kindle Fire products. Acer was banking on releasing a new line of products running Aliyun for the Chinese market, but those plans went up in smoke when Google apparently told them that it would be forced to ‘terminate its Android-related cooperation’ if Acer released an Aliyun product.

Now, thanks to a statement sent to Marketing Land, we’ve got Google’s side of the story. Here’s the whole statement:

Compatibility is at the heart of the Android ecosystem and ensures a consistent experience for developers, manufacturers and consumers.

Non-compatible versions of Android, like Aliyun, weaken the ecosystem. All members of the Open Handset Alliance have committed to building one Android platform and to not ship non-compatible Android devices.

This does not however, keep OHA members from participating in competing ecosystems.

So, the way Google sees it, it’s not a problem for Acer to release a handset running a ‘competing ecosystem’ (read: Windows Phone), but it is a problem for them to release anything running a ‘non-compatible version of Android.’ Fair or not, that’s Google’s stance, although it doesn’t exactly seem to be fostering a ‘free and open’ stance on things. A cynic might even say that they’re trying to suppress anyone else from taking advantage of their ‘free’ OS.

It looks like the differences between ‘real’ Android and the Android Open Source Project are finally starting to show, and it’s not pretty. As more and more companies take advantage of the freely available ‘guts’ of Android, with some of them even going so far as to completely shut Google out of the resulting products, Google just might end up fighting a competitor of its own creation.