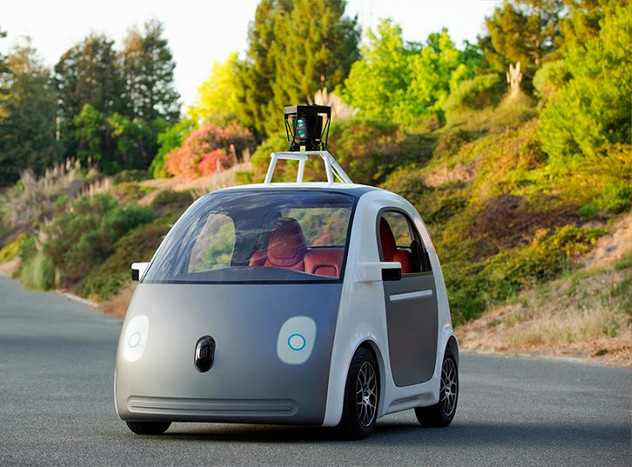 Google unveiled its new self-driving prototype vehicle at the inaugural Code Conference in California; the prototype vehicle is a two-seater with no steering wheel, mirrors, or brake pedal. The vehicle is controlled by a single stop / go button and has a maximum speed limit of 25 miles per hour.

Previously, Google’s self-driving vehicles had been spotted in the form of a Toyota Prius. While the Prius is still in use and is Google’s main test vehicle for the fleet, they have transferred the innards of the vehicle and created a new custom prototype.

Google has been testing self-driving vehicles as early as 2010 with hopes of some day introducing the vehicle for public use on city streets and highways; Google’s aim is to make driving a safer experience. Just recently, Google’s vehicles have gained the ability to navigate city streets and compute complex situations like unpredictable cyclists, stopping at railroad tracks, and navigating around a protruding vehicle.

Currently, Google does not have plans to sell the prototype vehicle, but will offer it to a hundred or so adventurous testers. The limited trial will begin this summer. While Google has made excellent progress since 2010, they have admitted that they have a long way to go in order to be able to deploy the vehicle to other cities.