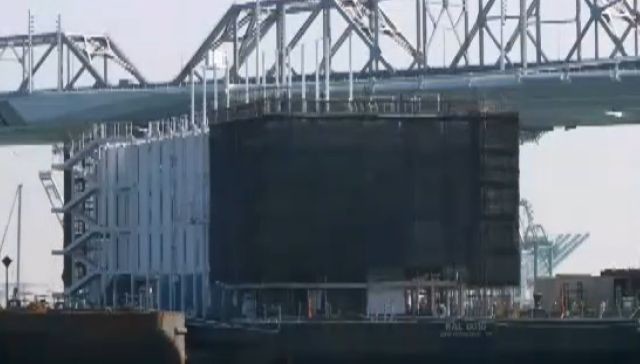 The huge monolith structure that's been under construction on a docked barge in the San Francisco Bay for the past few months has been reported by many media outlets as belonging to Google. While some reports at first said it was going to be a floating data center for the tech giant, San Francisco TV station KPIX claimed last week, via unnamed sources, that the structure was in fact going to be a kind of store to showcase Google Glass.

Now that same station has expanded on that report, claiming it has received word from someone who has actually been in the floating store. The newest bits of info states that the the first three floors on the four story structure will contain "dazzling showrooms” to showcase Google Glass and other hardware products for invite-only clients. The top floor will be set up to be what the story described as a "party deck" with roofed patios, bars and other distractions. The whole thing has also been made so that it can be quickly disassembled and transported to other parts of the world quickly, according to the report.

Google has yet to comment on this effort. This week, the U.S. Coast Guard made what it called a "routine inspection" of the barge but refused to comment on who is behind the project and what it is all about.