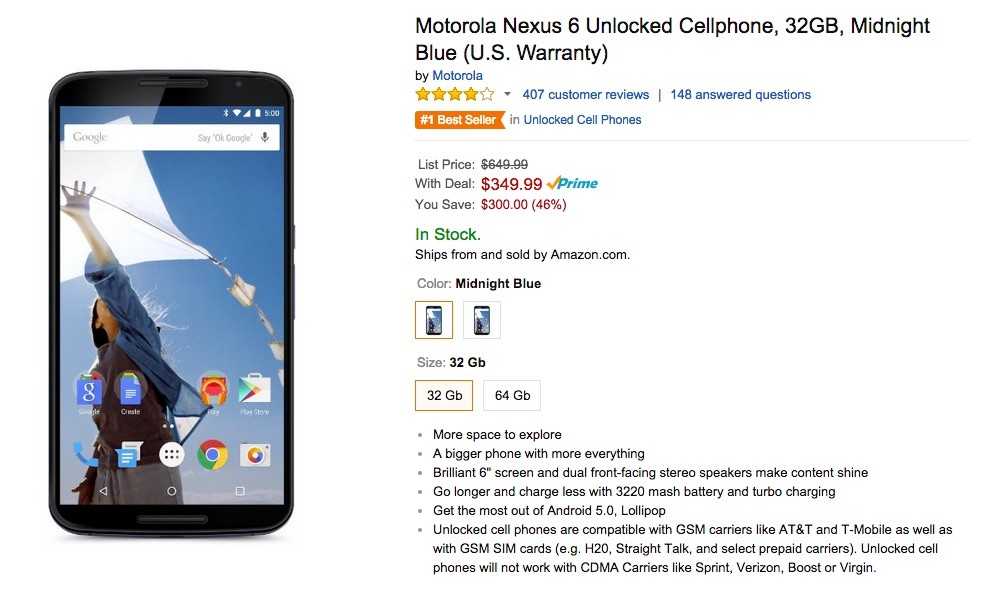 Google's 'Nexus 6' was released nearly a year ago and was the first Nexus handset to deviate from the traditional low cost pricing model. It was only a few months ago that the Nexus 6 received a fairly hefty discount, but it now looks like Amazon has slashed prices again by offering the handset for $349.99 USD.

Although a new iteration of the 'Nexus' is rumored, it is unknown when it will launch. Those looking for a large bargain flagship might find the Nexus 6 tempting. While pricing on the Nexus is great, some might find it wiser to opt for the newer and similarly priced handsets offered by Motorola and OnePlus.

Currently, the 32GB variant of Google's Nexus 6 is being sold for $349 USD. The Nexus is available in 'midnight blue' and 'cloud white'. For those that require a bit more room can opt for the 64GB version which will set you back an additional $50.

Note: Prices have only been verified on Amazon U.S. Price may vary depending on location.