Earlier today, Ellen Kilbourne, a Microsoft Software Engineer for the Groove Music app announced an updated version of the music player would be made available shortly, along with a changelog. From the changelog itself, it appears that this version doesn't introduce any new features (unlike the previous update, which introduced gapless audio playback) instead, focusing more on the presentation of the app on PC and mobile. 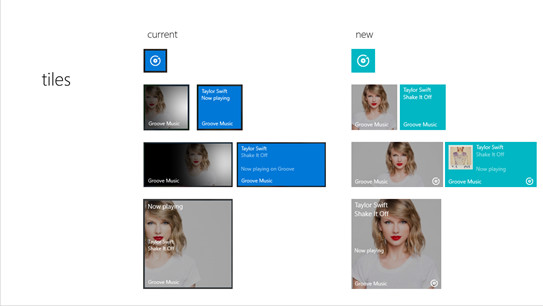 The desktop version, now at 3.6.1513.0 includes an improved Live Tile (see above), and now shows the Groove logo when artwork is displayed, as well as the album art. The update also removes the 'black half gradient', and further improvements include "shuffling the metadata around to be more useful."

For Mobile, now at version 3.6.1517.0, there's an option to read album reviews, an update to the Playlist header and as far as the UX goes, "Recent Plays" has been cleaned up.

The update announcement also encourages people to continue to send feedback, with the Groove Team stating on the page "We’re listening!" The update is now available through the Windows Store and weighs in at around 30 mb for the PC version.